May 5th, 2022 | Browse other: News. | Tagged with: Australia must abolish law that allows politicians to veto research grants, Nature | 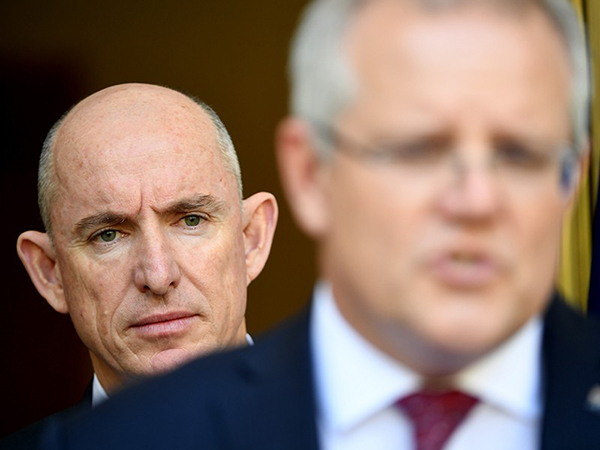 Acting education minister Stuart Robert has vetoed some research projects not considered to be in the national interest. Credit: Tracey Nearmy/Getty.

Australia must abolish law that allows politicians to veto research grants, Nature, 3 May 2022

The upcoming Australian election is an opportunity for researchers to press all parties to reinstate the independence of research funding.

That line, known as the Haldane principle, allows governments to shape the overall direction of research policy according to the specific needs of time and place, while delegating decision-making about individual project funding decisions to expert peer review. The line must be held if scientific research is to remain both independent of political interference and accountable to the population that funds it.

But not so in Australia, where the government has legal powers, under the Australian Research Council Act 2001, to override some of the council’s project funding decisions. There are now less than three weeks before voters go to the polls to elect a new federal government. In that time, scientists need to step up demands for all political parties to commit to changing this law so that researchers can operate without the looming threat of ministerial interference.

On four occasions since the Australian Research Council (ARC) was established in 2001 — three of them in the past five years — a government minister has intervened to veto a small number of ARC grants for individual research projects. These are projects that had been recommended for funding by independent committees of experts in the fields concerned.

The latest incident came last December, when six projects were vetoed by acting education minister Stuart Robert on the grounds that they were not in the national interest and did not represent value for the taxpayer. Among them was a study into student activism on climate change. Robert also suggested that ARC peer review should strengthen what the government calls a national-interest test. The minister’s intervention outraged researchers and prompted a parliamentary inquiry. Two members of the ARC’s College of Experts resigned in protest at such political interference in grant-funding peer review.

But when the Greens (one of Australia’s smaller parties) tried to amend the ARC Act to remove the ministerial power of veto, the ruling Liberal–National coalition of two centre-right parties, as well as the centre-left Labor party, opposed the Green party amendment. The bigger parties argued that power of veto is an important component of ministerial oversight and public accountability.

Science is, of course, expensive, and accountability for public funds is non-negotiable. In 2020–21, the ARC was responsible for some Aus$800 million (US$570 million) in grants. In addition to that, there is the Aus$20-billion Medical Research Future Fund, which supports medical research and innovation. Although an advisory board of medical experts advises on the fund’s priorities, final decisions are made by the government’s minister for health.

Australia already has a tried and tested mechanism for accountability in the form of its national research-evaluation exercise, Excellence in Research for Australia. Not only is a strengthened national-interest test for peer reviewers inappropriate (many reviewers will be international experts), but such tests are rare in research-intensive nations. Moreover, there is inconsistency, because a ministerial veto doesn’t apply to grants awarded by Australia’s National Health and Medical Research Council.

The country’s research and academic communities have been sounding the alarm about the threat such government interference poses to both academic freedom and meaningful research. Seventy-nine out of 85 submissions to the parliamentary inquiry, including those from the Australian Academy of Science, Universities Australia and Science & Technology Australia, supported removing or curtailing ministerial powers.

In its submission, the Australian National University (ANU) in Canberra rightly warned that continued exercise of the veto would alter the research landscape, shifting it away from topics less favoured by the government of the day. Given the current Liberal–National government’s antipathy towards meaningful action on climate change, those working in climate science might already be altering their research course to avoid attracting a ministerial veto.

Government investment in science in the country has declined over the past decade, to 0.56% of gross domestic product — from a high of 0.67% in around 2009 — and, by 2021, the success rate for ARC grants stood at just 19%, down from 27% a decade earlier. The prospect of a ministerial veto adds to that funding uncertainty, and can only discourage researchers from careers in science — or, at least, careers in Australian science.

If all of the main parties continue to support the current law, there is a grave risk that the next government will have the means to wield its research-funding veto power with impunity. That can only undermine the integrity of Australian science. Researchers must continue to urge all of Australia’s political parties to see sense and change course.

All parties need to heed the ANU’s vice-chancellor, the astrophysicist and Nobel laureate Brian Schmidt, who called the power of veto and political interference “an existential threat to Australian universities”, which “can corrupt knowledge and slow down its creation”.