May 27th, 2021 | Browse other: News. | Tagged with: "Nature’s Palette" reproduces the groundbreaking color systems and illustrates them with lush engravings., A Beautiful Guide to Colors in the Natural World | 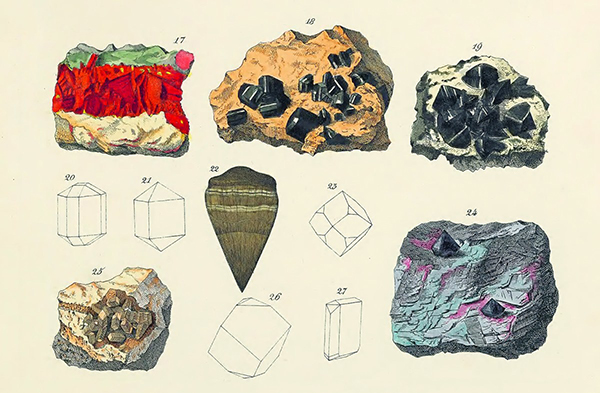 “Nature’s Palette” reproduces the groundbreaking color systems and illustrates them with lush engravings.

During the Enlightenment, scientists — or natural philosophers, as they were then called — made great strides in classifying and understanding the natural world. New scientific methods for identifying animals, plants, and minerals arose, but a scientist’s most immediate and accessible tool was still their eyes. Color, for example, gave them crucial information about age, species, sex, chemical composition, and health. Yet there was no single standardized system to report color across or within sciences during this time. 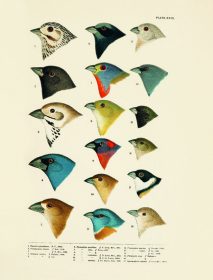 Enter the German geologist Abraham Gottlob Werner, whose 1774 book Of the External Characteristics of Fossils proposed a color classification system that would resonate well beyond its intended audience. While Werner conceded that it wasn’t possible to conclusively identify rocks by their color alone — one also had to consider factors like hardness, luster, and crystalline structure — he called color “the first to strike the senses.” His book reverberated across the European science community and was quickly translated and expanded upon by Hungarian, French, Swiss, German, Austrian, English, and American naturalists who were eager to incorporate a more systematic approach to the documentation of color. 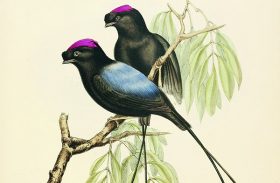 Richard Brinsley Hinds, “The Zoology of the Voyage of HMS Sulphur” (1843). Lake Red is visible on the head feathers of the long-tailed manakin.

Decades later, the Scottish botanical illustrator and teacher Patrick Syme found Werner’s color system useful, but incomplete: Werner had named his colors, but hadn’t shown what those colors looked like. So Syme’s new book, Werner’s Nomenclature of Colors (1814), paired each of Werner’s hues with hand-painted swatches. He also augmented Werner’s color list from 54 hues to 108 and added examples from the animal and plant kingdoms to each entry. While the book was not used to categorize humans, he compares certain shades to the color of human blood and notes that “Skimmed-milk White” can be seen in the whites of human eyeballs.

Syme’s book became a manual for lab and fieldwork across the sciences. In fact, Charles Darwin relied on it during his five-year voyage on the HMS Beagle. In January 1832, Darwin records the “chameleon-like power” of a cuttlefish’s shifting skin tones using Syme’s nomenclature: “Over the whole body there were continually passing clouds, varying in color from a ‘hyacinth red’ to a ‘chesnut [sic] brown,’” he writes. 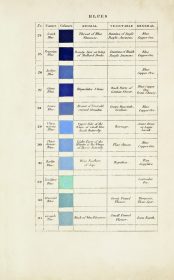 Both Syme’s and Werner’s color systems are presented in Nature’s Palette: A Color Reference System from the Natural World (Princeton University Press, 2021) by Patrick Baty. The book is filled with hundreds of lushly detailed, full-color 18th- and 19th- century engravings that exquisitely illustrate Werner and Syme’s complete animal, botanical, and mineral references, along with informative essays and additional visual material, color charts, anatomical diagrams, and photos of rainbow-colored butterflies, eggs, and beetles.

Although Werner and Syme’s system has faded from use, it still teaches us to look closely at the world around us. As Syme wrote in the introduction to his book, “The eye, by practice will become correct.” 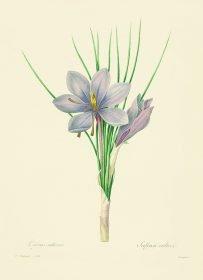 Pierre-Joseph Redouté, “Choix des plus belles fleurs” (1833). Saffron Yellow is visible on the anthers of the saffron crocus. 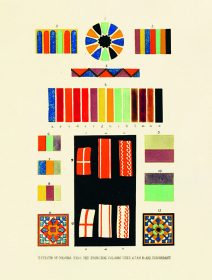 Robert Ridgway, “A Nomenclature of Colors for Naturalists” (1886), effects of colours, John Gardener Wilkinson, “On Colour” (1858).