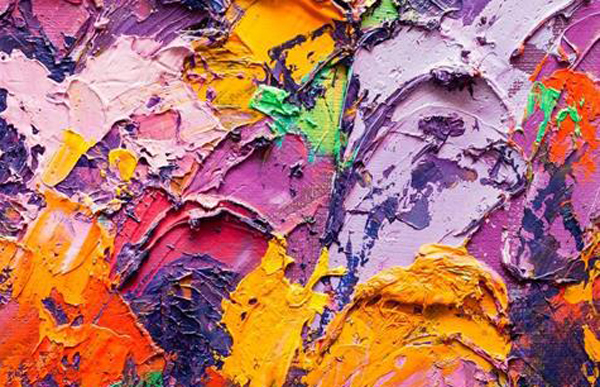 Image by Sweet Art via Shutterstock.

Richard Watts, A new approach announced for the arts in Australia, ArtsHub, 9 August 2017

A new $1.65M program intended to champion Australia’s cultural sector is a step closer to realisation but will not be run by arts sector insiders.

Two non-arts organisations – one an academic body, the other a communications firm with close ties to government agencies and the corporate sector – have been appointed to run a new, $1.65 million project designed to champion Australian arts and culture.

The Australian Academy of the Humanities and Newgate Communications have been jointly engaged to deliver the project, called A New Approach. The project has been initiated by and bankrolled by the Myer Foundation, the Tim Fairfax Family Foundation, and the Keir Foundation.

A New Approach is designed to address the lack of a public, expert, independent voice capable of championing investment and return in arts and culture in Australia.

The two presenting organisations were selected following a call for expressions of interest issued by the three Foundations last December.

The successful applicant was initially expected to be announced in March, sources say, suggesting that the project is already running behind schedule.

Speaking to ArtsHub last year, CEO of The Myer Foundation and Sidney Myer Fund, Leonard Vary, said the project would support the establishment of an ‘independent, disinterested entity’ which could advocate for the arts without being accused of self-interest. At the same time it will be free of ties to government, providing greater independence.

The project will be steered by a yet-to-be appointed Program Director, who will work with the Foundations, the Academy and Newgate Communications.

The next federal election could be held as early as August 2018, meaning that the future Program Director will only have a short time to develop a viable lobbying campaign once they are appointed.

Newgate and the Academy

The Australian Academy of the Humanities describes itself as Australia’s national body for the humanities. It provides expertise and advice at public, institutional and government levels and undertakes research to inform policy development and encourages and supports engagement across the cultural sector.

Dr Christina Parolin, Executive Director, Australian Academy of the Humanities, said both organisations were delighted to be part of this ‘imaginative and exciting new venture’ for the arts and cultural sector.

‘[We] responded to the call from the Foundations because we agree that Australia needs a strong, national and independent voice for arts and culture which can speak authoritatively and openly to the public, the media, to business, to politicians and policy makers about the multitude of values that flow from the arts and cultural sector,’ she said.

‘The Academy brings to the program a strong track record in providing independent research and advice to government in the higher education and research, and cultural sectors. We have a 600-strong Fellowship of leaders and experts in the study of human cultures, beliefs, values, experiences and expression. We will draw on this expertise, and also our extensive national and international networks in the arts and cultural sectors. It’s our intention to engage broadly throughout the course of the program.’

Newgate Communications focuses on corporate reputation, brand communications, PR, government relations and regulatory affairs. With offices in Brisbane, Canberra, Melbourne, Perth and Sydney, and built around a core team that has worked together for two decades, Newgate has extensive connections across business and industry, the media and the political spectrum. The company’s clients include Australia Post, Google, Medibank Private, and Vodaphone.

Head of Newgate Communications’ Canberra office and Associate Partner, Simon Troeth said both organisations have an excellent track record of working with state and federal governments on evidence-based policy advocacy.

‘The Newgate team has a genuine appreciation for the arts and culture through our pro-bono and client work for Symphonies Australia, the Australian Children’s Television Foundation, the Canberra Writers Festival (of which we are a Foundation Partner), the Museum of Australian Democracy and the Art Gallery of NSW,’ he told ArtsHub.

Troeth, at one time the Principal Media Adviser to former Victorian Premier Ted Baillieu, said the opportunity to take Australia’s arts and cultural sectors and stakeholders to a new era of support, understanding and collaboration was both exciting and unprecedented.

‘Newgate’s value in supporting this initiative is based on our ability to provide independent, expert advice in campaigning, strategic communications and stakeholder engagement. The fact we operate outside the sector – but have had extensive experience advising within it – means Newgate in conjunction with the Academy can make a valuable contribution to an initiative that has the potential to institute positive and long-lasting change to the future of the Australian arts and culture sector,’ he said.

Key priorities and targets for A New Approach will be identified in collaboration with the Foundations and the Project Director once appointed, Troeth continued.

‘Part of the project’s value is that it is prepared to look beyond electoral cycles and support a long-term vision for a more sustainable, inclusive and vibrant Australian arts and culture sector,’ he said.

Arts industry representatives have responded cautiously to the news.

‘It’s a surprising outcome and it’s going to be so important for the sector to support its first steps closely, offering the context and the expertise needed to ensure that these organisations can be successful. In this pivotal time for the arts, we welcome their new contributions to our ongoing work,’ said Esther Anatolitis, arts advocate and Director of Projects at Regional Arts Victoria.

Nicole Beyer,  ‎Executive Director at Theatre Network Australia, said, ‘We are pleased that A New Approach has finally been announced. Given that the two leading organisations are not arts specific organisations, we would expect them to undertake some meaningful consultation with the sector – and specifically with artists themselves, too often left out of policy discussions.

‘We do also think that the Academy and Newgate’s experience in other areas might be of value to the arts – so we remain hopeful that the initiative will be a great new addition to our efforts to increase the value and appreciation of the arts,’ she continued.

‘With another federal election looming, the appointment of the Program Director will need to be expedited so that the initiative can get underway sooner rather than later. We look forward to working with the team once it is complete.’

Henry Boston, Executive Director of the Chamber of Arts and Culture WA, told ArtsHub: ‘The Chamber of Arts and Culture WA looks forward to working with the Australian Academy of the Humanities and Newgate Communications in enhancing the government’s and the community’s understanding of the benefits that a vibrant arts and culture sector bring to Australia. The Chamber has substantial experience in this advocacy at a state level and is keen to share this expertise at a national level.

‘The appointment of the Program Director is clearly a critical element in furthering this initiative so it is to be hoped that this appointment is made in a speedy manner so that all the major political parties can be engaged more fully in this discussion,’ he added.

Further details on A New Approach are expected to be made when the successful Program Director is appointed.