You are here: Home » Articles filed under: 'News' » Article: 'New APS Style Guide out for comment' 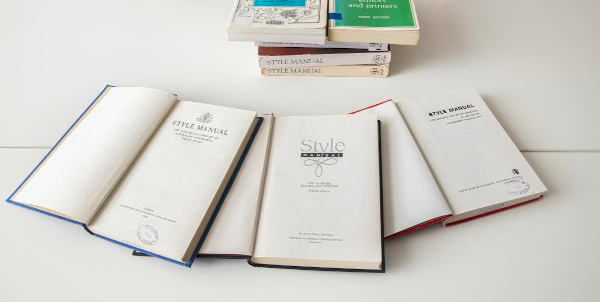 Is it time for the government to get with the program? Yes, apparently, it is.

The Digital Transformation Agency, on Thursday, released the Beta version of the government’s new style manual for the public to provide feedback.

The debate around whether to use program or programme has been one of the most hotly contested in the public service for years.

Former Prime Minister Tony Abbott’s election brought with it rumours that a push towards the old-fashioned programme had come right from the top.

But no more, program is here to stay.

While in the grand scheme of things the debate over one word is relatively unimportant, it reaffirms the importance of language and for the government’s communication to be accessible to its citizens.

The previous style manual was released in 2002, a time when a mobile phone’s highest function was playing snake and social media was a page of photographs in the local newspaper from events around town.

As such, the newly released edition has important updates to reflect a modern society and public service. From advice whether emojis are appropriate in government communication – they can be – to gender inclusive language, the new manual aims to modernise and simplify government writing.

The new manual contains advice for how to use inclusive language when referring to Aboriginal and Torres Strait Islander people, people with a disability and to not assume an individual’s gender.

It recommends using gender neutral pronouns such as ‘they’ and ‘them’ instead of gender specific pronouns, unless you can ask an individual their preference.

The manual says the government’s language should reflect changes in society and there is “wide agreement about using language to support equality between genders”.

Australian Dictionary Centre director Amanda Laugesen, who consulted on the new guide, said the introduction of inclusive language in the manual was particularly important to her.

“One thing about government communication is that it has to be inclusive of all Australians,” Dr Laugesen said.

“We need to consider how it is that particular groups might want to be referred to.”

She said the idea of dignified language which reflected a person’s innate dignity influenced her work on the manual.

Dr Laugesen also provided advice on spellings and usage of certain words, meaning she got to weigh in on the program-programme debate.

She said she looked at evidence of how language was moving and changing across Australia to determine the official advice.

While programme might be considered British and program American, the evidence shows that programme simply hasn’t been used for a long time and program was overwhelmingly more popular.

“People have things they feel strongly about in language,” Dr Laugesen said.

“You might not make everyone happy. But it’s about getting a greater level of consistency across government communication.”

One criticism often levelled at bureaucrats is the overly complicated language used in government publications, but no longer.

The guide includes a section very specifically advising public servants to use plain English at all times, avoid jargon and words or phrases with special meanings.

Things are to be kept as simple as possible, so you do not create a dialogue, you speak. You will not collaborate with others but work with them. And above all, you will not implement a programme but a program.