August 10th, 2015 | Browse other: News. | Tagged with: Australia Council, National Program for Excellence in the Arts |

George Brandis’s dramatic intervention in federal arts subsidies was a plot twist no one in the sector saw coming. 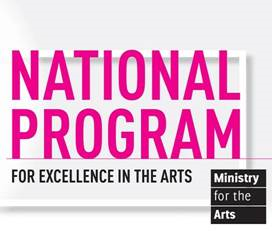 With the establishment of the National Program for Excellence in the Arts, he shifted $105 million from the government’s peak arts agency, the Australia Council, to a new funding platform where he will have the final say on grant applications.

The dust has now cleared somewhat, and both the Australia Council and the Ministry for the Arts have put forward guidelines about how they will operate in the new funding scenario.

However, it is now becoming clear where each funding platform differs from the other.

The NPEA is not about developing artists’ careers or nurturing the so-called arts ecology. Individual artists are not eligible for support.

The grant package, worth about $20m a year, is for organisations that propose ambitious projects, whether large-scale ventures with private partners or international tours or new strategic opportunities.

It does not offer funding security, but rewards creative entrepreneurship. The guidelines emphasise the importance of funding applicants meeting audience demand.

By contrast, the Australia Council has affirmed the belief stated in its strategic plan, launched by Senator Brandis last year, that “artists are our heroes”.