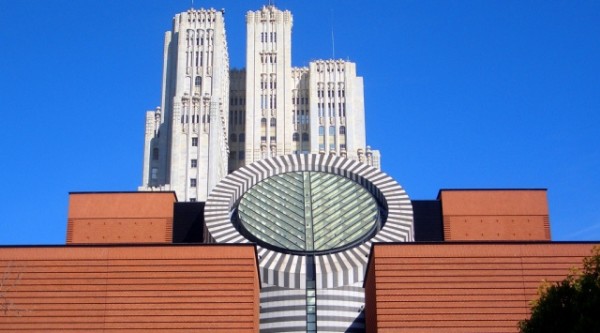 New art museums globally have become platforms for the “starchitect” but these museums opening – or reopening – in 2016 have attractions beyond amazing buildings.

The new SFMOMA (San Francisco Museum of Modern Art) will become the largest contemporary art museum in America when it reopens on 14 May 2016, making it. The museum has been closed for the past two-years to complete its ambitious expansion–a 235,000-square-foot, ten-story addition by Norway-based architectural firm Snøhetta.

It was a tough call to match the striped, stepped red stone façade of the original building opened in 1995 and designed by Swiss architect Mario Botta. Totalling 460,000 square feet (42, 700 square metres),  the museum trumps the new Whitney opened this year in New York, which is less than half the footage.

When it opens, the museum’s new wing will house 260 of 600 artworks promised in a 100-year loan from the Doris and Donald Fisher Collection, prominent contemporary art collectors and co-founders of The Gap. The museum will also add over 3,000 new acquisitions to its collections from multiple donors.

Visitors will greeted by American sculptor Richard Serra’s rolled steel work Sequence along with a suspended, 26-foot-wide untitled mobile by Alexander Calder in the lobby gallery.

In a triumph of funding and access,  SFMOMA has met its capital campaign goal of $610 million, effectively tripling its endowment. Admission to SFMOMA will be free for anyone 18 or younger. Guess that booming tech industry has its perks.