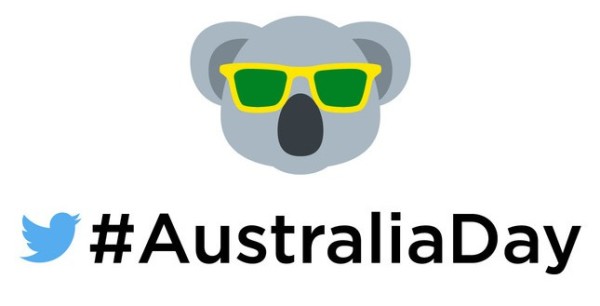 Whether you’re celebrating 26 January 2016 by swimming at the beach, firing up the BBQ or watching fireworks, this Australia Day there’s one way to make sure you are part of celebrations across the nation – with an exclusive Australia Day Twitter emoji.

For the first time ever, you can Tweet using the #AustraliaDay to generate a new emoji created especially for Australia Day 2016. The new Australia Day Emoji – unveiled at a launch in Canberra today – is available exclusively on Twitter and provides yet another way to share Australia Day with friends, family and the world. Each time the hashtag ‘#AustraliaDay’ is used on Twitter, the image of a Koala wearing green and gold ‘shades’ will automatically be added to the Tweet.

Since its inception in 2013, the #AustraliaDay Your Way project has gathered together more than 200,000 Tweets in the Twitter Time Capsule, which serves as a permanent digital showcase of our national day at the National Museum of Australia. This year, it’s expected tens of thousands of Tweets from across Australia and the world will be collected for the live digital exhibition and added to the time capsule.

On 26 January 2016, the National Museum of Australia in Canberra will display a live exhibition of #AustraliaDay Tweets on a large digital screen at the Museum which can be viewed by visitors on Australia Day.