Minister for the Arts, George Souris, today welcomed the appointment of Kim McKay AO as the new Director of the Australian Museum for the next five years starting in April 2014.

Ms McKay will take over from Frank Howarth PSM, who has held the position for the past ten years. Mr Howarth announced in October 2013 that he would not seek re-appointment when his current term expired in February 2014.

Mr Souris said Ms McKay, who was previously a Trustee of the Australian Museum, has held senior international roles with National Geographic as well as running her own consulting businesses.

“I congratulate Kim McKay on her appointment to this exciting and challenging role at one of the State’s major cultural institutions,” Mr Souris said.

“Kim will bring more than 25 years global experience in communicating and promoting science, cultural history, exploration, and the environment to her role.

“She has been extensively involved in the science, cultural history, environmental and tourism sectors in Australia and internationally, working to promote the role of citizen science and actively engaging the public in education, research and social innovation initiatives.

“She will provide strong leadership for the Australian Museum, bringing strategic expertise and significant experience to the task of increasing its funding base and visitor numbers, while championing the core science role of the institution.”

Mr Souris paid tribute to outgoing Director, Frank Howarth, for his dedicated service to the Australian Museum over the past decade.

“He also secured the Alexander the Great exhibition, Australia’s first touring exhibition from the State Hermitage in St Petersburg which attracted record-breaking crowds.

“Under his leadership the Australian Museum introduced video conference learning programs for schools across NSW, seven seasons of the highly successful ‘after hours’ program, Jurassic Lounge, and consolidation of the Museum’s consulting services into a profitable business unit.”

“We conducted an extensive, independent international search to find the right person to lead the Australian Museum at this critical stage in its history. Ms McKay has significant experience and an international reputation for achievement across a range of sectors and a commitment to driving the profile and activities of the Australian Museum forward,” Ms Livingstone said.

“The Board of Trustees looks forward to working with her to lead the ambitious plans for the evolution of the Australian Museum, as well as raising its profile in Australia and internationally.” 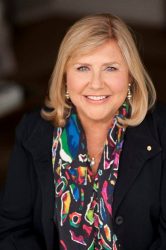 Kim McKay AO. Picture: Ross Coffey
Positions Vacant » View All
» Team Leader, First Peoples Art & Culture – TMAG
» Booking Services & Rostering Officer – SLM
Latest News » View All
Egyptians petition for BM to return
the Rosetta Stone Read more.
BM pledges ‘not to dismantle’ Parthenon
sculptures amid reports of talks with Greece Read more.
NHM to install life-size Titanosaur
cast The world’s largest dinosaur to fit (- just) Read more.
Gallerie d’Italia’s Art & Finance exhibition
- a long & mutually beneficial history Read more.
TMAG’s ‘Lost’ last Tasmanian tiger remains
found! ... cataloguing collections matters Read more.
Top +
Council of Australasian Museum Directors c/o Mr Brian Oldman, South Australian Museum PO Box 234 Adelaide, South Australia 5001 Australia, © CAMD 2022
Copyright: All information and resources provided on this website remain the copyright of the Council of Australasian Museum Directors. Permission is granted for viewing and downloading for personal and not for profit purposes. Those wishing to reproduce any materials for commercial, educational or other uses are requested to contact us.
Disclaimer: The content of this website is provided for information purposes only and is not intended as a substitute for professional advice. No claim is made as to the accuracy or authenticity of the content of the website. The Council of Australasian Museum Directors does not accept any liability to any person for the information or advice (or the use of such information or advice) which is provided on this website. The information on our website is provided on the basis that all persons accessing the site undertake responsibility for assessing the relevance and accuracy of its content. No responsibility is taken for any information or services which may appear on any linked web sites. Hostgator.
.