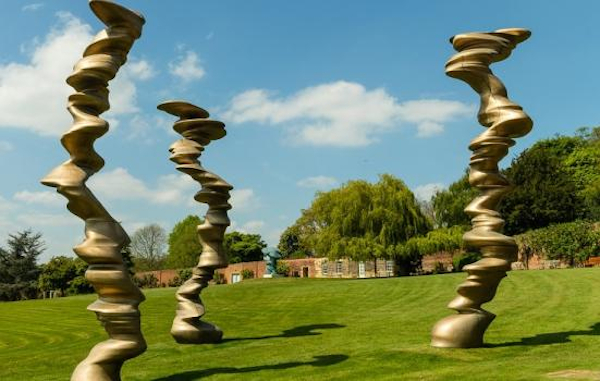 Photo: Yorkshire Sculpture Park, one of the beneficiaries of the Cultural Development Fund. Credit: alh1 on VisualHunt / CC BY-ND.

Before praising the Culture Secretary for “responding so positively” to the financial crisis facing the cultural sector, Arts Council England would do well to take a step back and review its own evidence, says Liz Hill.

With local authority funding for culture now more than £236m lower than in 2010, and museums alone having lost £109m in annual funding over the past decade, the Government’s promise of £250m for culture over the next five years will at best put a sticking plaster on a patient with a life-threatening injury. The fact that the promise has been made by an impotent government – one that looks unlikely to get this week’s Queen’s Speech through parliament and could easily be out of office by Christmas – makes it laughable.

All this announcement means is that a small amount of the funding that has been taken away since 2010 will go back into the cultural sector. Most of it, though, isn’t ‘new’ money all. Grants to a forthcoming City of Culture have been the norm since the designation began, and the Cultural Development Fund, which awarded £20m for 2019/20, is actually going to be worth less than £20m a year over the next five years under the renewed scheme.

So when Arts Council England (ACE) Chair Nick Serota declares his gratitude to the Government for “responding so positively” to the financial state of the cultural sector, it’s difficult to keep a straight face. In reality, this supposed windfall is nothing more than blatant spin and shameless electioneering. What it certainly won’t do is deliver the “additional £50m each year” that the press release promises.

Announcing the cash, Culture Secretary Nicky Morgan – the same Nicky Morgan who is happy for the EBacc to exclude the arts – helpfully spells out the Government’s intention for its investment. “This will help drive growth, rejuvenate high streets and attract tourists to our world-class cultural attractions,” she says.

As if we didn’t know already, it’s now abundantly clear that the arts are only valued for their role in delivering the instrumental agendas of Government.

That the Government’s “biggest ever single investment in cultural infrastructure” is being channelled through the Arts Council also tells a story, bearing out Robert Hewison’s pithy analysis in ArtsProfessional last month. ACE may well imagine it is in charge of the arts, and a supplicant sector allows it to persist with that illusion. But the reality is that ACE is simply a handservant doing the Government’s bidding.

The fight for it to remain an independent arm’s length body has long been lost. Rather, ACE has become an integral part of a political agenda to clip the wings of local government. As funding cuts have left councils too impoverished to deliver even their statutory services, central Government can ride into the cultural sector like a knight in shining armour, lapping up plaudits for its direct intervention whilst manipulating ACE to implement its own agenda. The prospect of any form of cultural democracy ever emerging from this broken system is vanishingly slim.

Given this dire situation, who is left to speak up for sustained public funding of the arts? The puppet ACE administration may claim that “conversations over the past few months” have led to this latest cash injection, but in reality it has no teeth as its own funding is predicated on doing the Government’s bidding. The National Campaign for the Arts has taken on charitable status, which bans it from political campaigning.

The Creative Industries Federation – having already taken the DCMS shilling – has now merged with Creative England, whose strapline is “We connect you to the money, the markets and the networks that help you to thrive.” Connecting arts organisations to public funding doesn’t look like it’s top of the agenda there. Or on the agenda at all, for that matter.

That’s where the arts are at right now, so don’t be fooled into thinking the “additional” £250m will make any difference to the direction of travel. The sticking plaster will peel off and the wound will be as deep as ever.