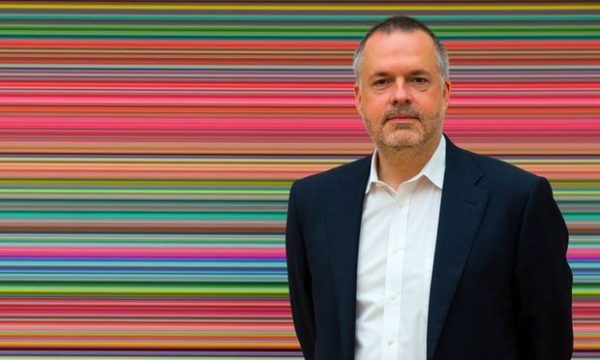 Art historian and museum director Hartwig Fischer, who takes over as director of the British Museum on Monday. Photo: Alamy.

Hartwig Fischer, the new director of the British Museum, grew up in a land bisected by history. He was born in Hamburg in West Germany in 1962, a year after the communist eastern German Democratic Republic put up the Berlin Wall. Fischer had relatives in East Germany, in Dresden, the former capital of the Electors of Saxony, famous for the art collections amassed by its old rulers, yet a place isolated from much of the world and supervised closely by the Stasi in Fischer’s youth.

“Dresden was one of the places where it was hardest to view western television – it was the most completely cut off under the GDR,” says Neil MacGregor, the recently retired British Museum director into whose near-sacred shoes Fischer steps on Monday. MacGregor’s book, Germany: Memories of a Nation, is meanwhile coming out in paperback and he admires his successor for precisely those qualities that might arouse some British scepticism in these days of Brexit debate – his characteristically German virtues and experiences.

Among Fischer’s specifically German perspectives is that of someone who saw his nation reunified just as he became an adult. Old enough to remember the cold war – he reputedly has a fondness for 1980s pop – he was young enough to make the most of the new opportunities and excitements when the communist GDR was consigned to history’s dustbin in 1989 – and to take on the new – Germany’s challenges.

“For his generation the great task is completing the reunification in every sense, and that means allowing the east-German cities to play their true part,” says MacGregor.