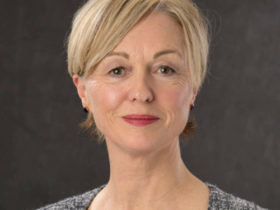 Museums Victoria have announced that they will welcome a new CEO early next year with Lynley Marshall, the current head of Australian Broadcasting Corporation (ABC) International, set to take the top job.

Marshall has served in a number of senior roles at the ABC where she has been responsible for business areas including international, commercial, retail, new media and digital.

Marshall will be the first woman to serve in the role in the organisation’s 162 year history, succeeding Dr Patrick Greene who is retiring after 15 years in the position.