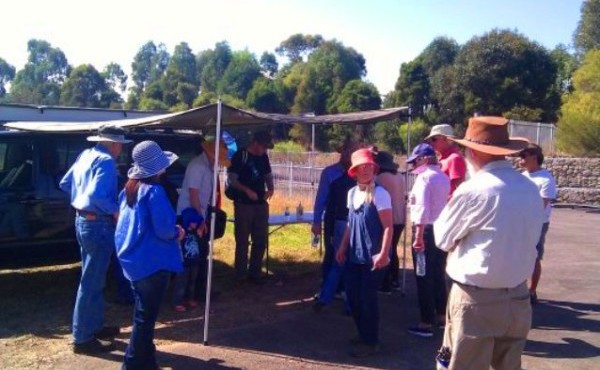 The role the public can play in engaging with science in a practical way – known as citizen science – has taken a leap forward with the announcement today of the establishment of the Australian Museum Centre for Citizen Science (AMCCS) based in Sydney.

“Citizen science is an exciting and developing field of science, where the public can make a meaningful contribution to our scientific understanding. Museums, the world over, are ideal organisations to foster, excite and engage non-scientists to make this contribution,” Kim McKay AO, Director and CEO of the Australian Museum said.

“I’ve spent a good part of my career establishing large citizen science programs, both here and overseas, and have seen the significant positive impact they’ve had globally. It is fitting therefore that the Australian Museum Research Institute (AMRI) becomes a hub for citizen science in Australia”

“If you want to influence or change behavior, participation is a key element of any campaign, and Citizen science delivers on this in spades.”

The Museum has also created the hugely successful ‘Digivol’- Digital Volunteer – program where volunteers from all over the globe can delve into the Australian Museum collection transcribing the data, so it is discoverable online for anyone to access anywhere in the world. This project has inspired other similar projects around the world.

“The advent of smart phones, with their inbuilt GPS capability, among other things, allows us to explore cutting edge methods for citizen engagement,” said Dr. Johnson, who will oversee the newly created centre.

“We will collaborate with our museum partners as well as other scientists and community groups, and people will be able to contribute to many projects from any part of the globe – geography is no barrier” she said.

The Museum is also working with an international consortium of museums including the Smithsonian, Washington, D.C. and the Natural History Museum, London, to engage and build communities to assist Museums and Herbaria digitising their invaluable natural history collections.

The first event, a world-wide transcription blitz that will focus attention on science, biodiversity and collections will run from 22 – 25 October, 2015.

The Australian Museum will also extend its reach by hosting the Australian Citizen Science association at its Sydney headquarters.

DigiVol: Over 70 volunteers in the lab, and 918 online volunteers have been working for the past five years both onsite and online digitising Museum collections and capturing biodiversity data from around the world.

Solar-powered Ibis: for the past 7 years, Australian Museum has been conducting monthly surveys of the Ibis populations to reveal the inner-city eateries and vacation escapes of Ibis birds.

Cockatoo wing tags: Despite being large and loud, little is known about our sulphur crested cockatoos. In collaboration with the Royal Botanic Gardens and the University of Sydney, the project aims to increase our understanding and conservation of these native birds.

Birds in Backyards: is a research, education and conservation program focusing on the birds that live where people live.

We define citizen science as: “Scientists and volunteer community members working together in partnership to collect and analyse data contributing to our knowledge of the natural and cultural world.”