September 22nd, 2015 | Browse other: News. | Tagged with: Inquiry into Copyright and the Digital Economy, Keeping up with Copyright | 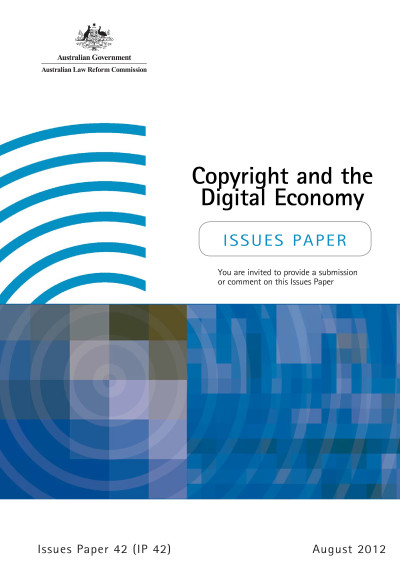 Inquiry into Copyright and the Digital Economy

The government is thinking very hard about the recommendations of the Australian Law Reform Commission’s (ALRC) Inquiry into Copyright and the Digital Economy. [See CAMD submission to the Inquiry here]. So hard, in fact, that they need two separate reviews to do it. As many of you probably remember, the ALRC’s 2014 report recommended a number of changes to Australia’s copyright law, most significantly (and controversially) the introduction of a US-style fair use provision. This would significantly broaden your ability to make use of material under Australia’s Act without the copyright owner’s permission, and was generally welcomed by user advocates but criticised by rightholders. The government is supposed to respond to the Report by 17 September.

Interestingly, over the last few weeks the government has announced not one but two overlapping reviews that will consider the ALRC recommendations from an economic perspective. The first, commissioned by the Attorney General’s Department and undertaken by Ernst & Young, is a cost benefit analysis that will consider the economic impact of the fair use recommendation and other recommendations from the report. In a similar vein, following a recommendation from the Competition Policy (Harper) Review earlier in the year, the Treasurer has asked the Productivity Commission to undertake a 12 month public inquiry into Australia’s intellectual property system and to have reference to the ALRC recommendations in its considerations (among other materials). The PC Inquiry is much broader than that being undertaken by AGD, and is tasked with ensuring that the intellectual property system “provides appropriate incentives for innovation, investment and the production of creative works while ensuring it does not unreasonably impede further innovation, competition, investment and access to goods and services.”

The ADA is cautiously optimistic that based on their references both inquiries are likely to look favourably on the ALRC’s recommendations. We will be working with both AGD and the PC to try to ensure this outcome.