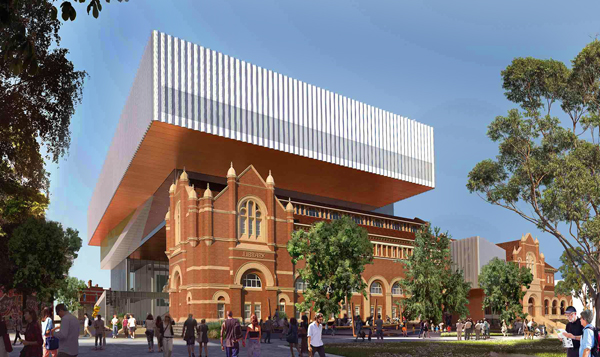 Multiplex, and its design team comprising HASSELL+OMA, has been appointed as the Managing Contractor that will design and construct the New Museum for Western Australia.

Major construction is under way at the site of the new museum now that the building design and construction costs for the project are locked in.

The State Government of Western Australia has signed the Stage Two agreement with Managing Contractor, Multiplex which will see the completion of the New Museum.

The locked-in construction sum and finalised design will deliver a landmark cultural building and world class visitor experiences while providing value for money for all West Australians.

The distinctive design has been refined and the locations of galleries and uses of interior spaces detailed, allowing construction to proceed, apace.

The new museum is expected to attract around 800,000 visitors in its first year and contribute around $31 million of extra tourism spend generated from international visitors staying an extra night in WA.

With construction moving full steam ahead, the building is expected to be complete in mid-2019 and exhibition fit-out occurring the following year, ready for opening in 2020.

Images and video available on the New Museum website.