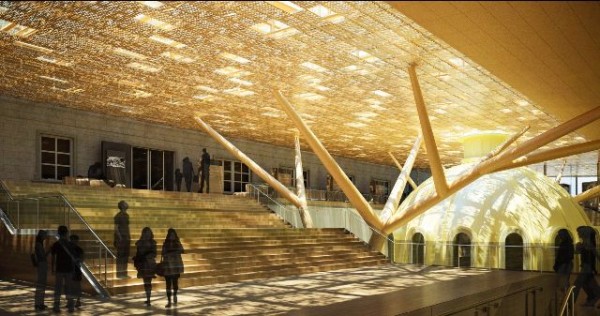 Singapore has been celebrating its 50th year of independence in 2015, so it’s only fitting that the country’s huge new national gallery should open this year too.

Placing Singaporean art at the heart of Southeast Asian art, the National Gallery Singapore is a welcome addition to this part of the world – one that has not yet expanded its cultural sector significantly, apart from the arts hub of Hong Kong.

Formed of two historic (in Singaporean terms) buildings, the old Supreme Court and City Hall – both built in the 1930s when Singapore was still under British rule as a useful trading post – the National Gallery Singapore is colossal.

In other words, it’s rather big, but then Singapore doesn’t do small scale; tightly packed skyscrapers across the whole island feel like Le Corbusier’s Plan Voisin for Paris actually came to be on the other side of the globe.

The National Gallery Singapore tells the story of the country through art of the area from the 19th century to now. The long-term display Siapa Nama Kamu? (Malay for “What is your name?”) broaches the subject of the country’s artistic heritage with works dating back to the early 19th century. Landscape paintings and drawings depict how astonishingly small the settlement on Singapore was, compared to the metal and glass metropolis it is now.

Taking up a whole floor of the City Hall building, the space devoted to Singaporean art forms the meat of the gallery. Divided into three broadly chronological sections, the works on show guide the viewer through the island’s art.