The Minister for Science, Information Technology, Innovation and the Arts, Ian Walker, welcomed Professor Suzanne Miller as the new CEO of the Queensland Museum Network.

Professor Miller is the former Director of the South Australian Museum and brings with her a wealth of experience. She is also the first female director in its 151 year history.

“Professor Miller has the drive to build on the Museum’s impressive record of research, partnerships and dynamic experiences,” Mr Walker said.

“Making our state’s cultural treasures and resources available to the community aligns perfectly with the Queensland Government’s Arts for all Queenslanders policy.”

Mr Walker paid tribute to Dr Ian Galloway, CEO of the Queensland Museum since May 2000, who is retiring on 2 July 2013.

“Under Dr Galloway’s leadership, we have seen the Queensland Museum Network of four great museums expand across the state, last year welcoming more than one million visitors to Cobb+Co Museum in Toowoomba, the Queensland Museum and Sciencentre in Brisbane, The Workshops Rail Museum in Ipswich and Townsville’s Museum of Tropical Queensland,” Mr Walker said.

Mr Walker said the international search for a CEO had considered a strong field of candidates. 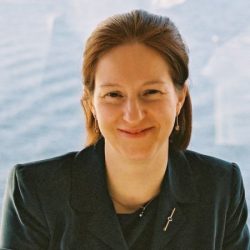 Professor Suzanne Miller
Positions Vacant » View All
» Kaituhi Maori / Maori writer – Te Papa
» Interpretive Planner – AWMM
Latest News » View All
Powerhouse’s 5 new exhibitions
Eucalyptusdom to Electric Keys Read more.
10 new art museums
Opening globally in 2022 Read more.
“Activating Smithsonian Open Access”
- new models for interacting with collns Read more.
Outback Museum of Australia, Charleville
$8.34M through in Building Better Regions Read more.
British museums face long Covid’s effects
visitation halves from pre-pandemic levels Read more.
Top +
Council of Australasian Museum Directors, c/o Ms Daryl Karp, Museum of Australian Democracy at Old Parliament House PO Box 3934 Manuka, Australian Capital Territory 2603 Australia, © CAMD 2021
Copyright: All information and resources provided on this website remain the copyright of the Council of Australasian Museum Directors. Permission is granted for viewing and downloading for personal and not for profit purposes. Those wishing to reproduce any materials for commercial, educational or other uses are requested to contact us.
Disclaimer: The content of this website is provided for information purposes only and is not intended as a substitute for professional advice. No claim is made as to the accuracy or authenticity of the content of the website. The Council of Australasian Museum Directors does not accept any liability to any person for the information or advice (or the use of such information or advice) which is provided on this website. The information on our website is provided on the basis that all persons accessing the site undertake responsibility for assessing the relevance and accuracy of its content. No responsibility is taken for any information or services which may appear on any linked web sites. Hostgator.
.