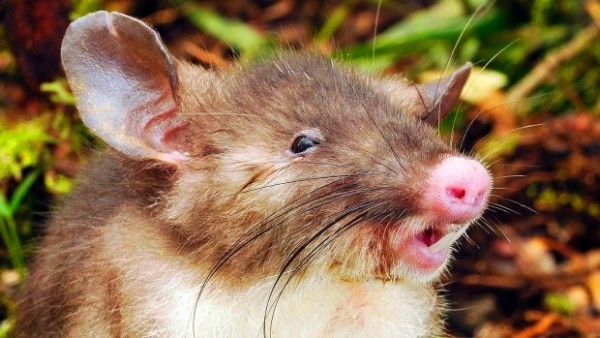 Scientists have discovered a previously unknown mammal, the hog-nosed rat, with features that have not been seen by scientists before.

Hyorhinomys stuempkei is a species of mammal previously undocumented in any scientific collection.

The rodent was found by a team of scientists from Museum Victoria, Louisiana State University and the Dutch Museum Zoologicum Bogoriense in a remote, mountainous area of Sulawesi in Indonesia in 2013.

“To Australians, Hyorhinomys is a bit like a rat version of a bandicoot, with long hind limbs, huge ears and a long, pointed face perfect for slurping up invertebrate prey,” Museum Victoria researcher Kevin Rowe said.

Described for the first time in the Journal of Mammalogy, the species is so unique that it also represents a new genus.

Dr Rowe, a member of the team that found the carnivorous rat, said that, among the distinct features, were its very small mouth, large white front teeth, big ears and long pubic hairs.

“It was exciting as I knew immediately that we had a new species,” Dr Rowe said.

“I am still amazed that we can walk into a forest and find a new species of mammal that is so obviously different from any species, or even genus, that has ever been documented by science.”

Scientists are yet to observe a live hog-nosed rat as the five specimens found were caught in overnight traps.