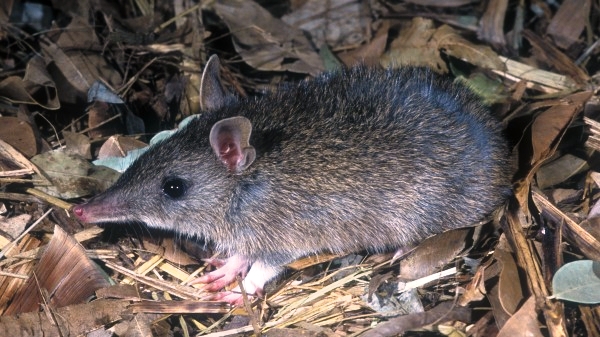 Many people visit the WA Museum to see displays without being aware of its vast research collection that can help us to understand and conserve endangered species.

However a paleontologist turned evolutionary biologist is showing how museums play a vital role in preserving biodiversity by identifying a new bandicoot species.

The species is not extinct, but lives in Queensland, near Cairns and further north on Cape York Peninsula.

As it was previously thought to be the same species as the long-nosed bandicoot (Perameles nasuta) occurring from MacKay down to Victoria, Dr Travouillon says most past ecological studies focussed on NSW and Victoria.

“In Queensland it’s listed as being of least concern so it hasn’t been a priority,” he says.

“Now they are different species it would be worth looking into the northern one and seeing how it’s doing.”

The impact of increased agriculture in Queensland is unknown and may make the matter more urgent.

Telling one bandicoot from another

Dr Travouillon identified the new species after carefully measuring about 100 specimens’ teeth, skulls and skins, in the Museum of Victoria and the British, Queensland, Western Australian, South Australian and Australian Museums.

Having a much larger sample to study gave him an advantage over earlier researchers who tended to base their conclusions on single museum collections.

“Now we can tell if these are things that are statistically different from another,” he said.

“That helps a lot working out the features that are related to species rather than just random variation.”

Dr Travouillon also drew on knowledge of the way bandicoot skulls and teeth evolved over time from his earlier fossil studies.

The future of museum collections

“There are none at the Australian museum (Sydney), Queensland Museum and the Northern Territory Museum,” he said.

“Museum collections have so many hidden specimens that people don’t really know are there and they are turning out really exciting things all the time.

“Not enough people are actually looking at the museum collections.”