You are here: Home » Articles filed under: 'News' » Article: 'New WAM Boola Bardip “will try not to speak'

New WAM Boola Bardip “will try not to speak 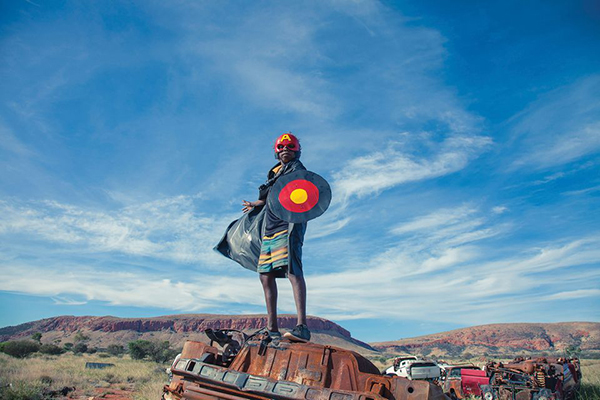 Warakurna Superheroes #1 (2017), by Tony Albert, David C. Collins and Kieran Lawson, is part of a series on show in the redeveloped museum Photo: courtesy of Sullivan+Strumpf.

The former Western Australian Museum reopened in Perth on 21 November after a A$396m ($288m) redevelopment, with a new Aboriginal name meaning “many stories” and rebooted displays weaving Aboriginal and Torres Strait Islander heritage and perspectives throughout the building.

Management at the WA Museum Boola Bardip liaised with as many as 60 different Aboriginal language groups across the state to ensure the project reflected the cultures that flourished for millennia before British colonisation. “The principle is clear. We will not display and show material or share stories without the permission of the story owners; and we will try not to speak for people who can speak for themselves,” says the museum’s chief executive, Alec Coles.

He says Aboriginal and Torres Strait Islander perspectives are articulated in every gallery, beginning on the ground floor with Ngalang Koort Boodja Wirn, meaning “Our Heart, Country, Spirit” in local Nyoongar language. The display focuses on traditional and contemporary Aboriginal culture in Western Australia, with art, fashion, textiles, sporting memorabilia, film and audio. Its curator, Michelle Broun, who is Nyoongar and Yindjibarndi, led extensive consultation with communities on how they would be represented.

The museum’s new Origins gallery, which examines the beginnings of the universe and the Earth, opens with a multimedia piece narrated by a Nyoongar elder, Noel Nannup. This approach “unifies” Aboriginal and Western interpretations of the creation of the universe and the night sky, Coles says. Aboriginal people’s use of fire and water to live in and manage the land is emphasised in the Changes gallery, which focuses on human impacts on the environment.

The reopening special exhibition, Songlines: Tracking the Seven Sisters (until 26 April 2021), was initiated by Aboriginal elders in collaboration with the National Museum of Australia in Canberra, where it was first staged in 2017. Its more than 300 objects and multimedia explore the ancient creation epic through the desert country of Western Australia’s Martu and Ngaanyatjarra people and the APY (Anangu Pitjantjatjara Yankunytjatjara) Lands of South Australia. After Perth, the show will tour internationally, with stops planned in 2021-23 at The Box in Plymouth, UK, the Humboldt Forum in Berlin and the Musée du Quai Branly-Jacques Chirac in Paris.

For nearly 30 years, the museum has had an Aboriginal advisory committee comprising Aboriginal and Torres Strait Island people from around the state, as well as Aboriginal liaison staff based in various communities. “The trust and integrity generally afforded to museums is the key,” Coles says. “They are places that can epitomise humanity and allow for debate and discussions without the rancour that is often seen elsewhere.” 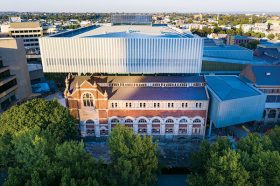 The WA Museum Boola Bardip traces its origins back to 1891 when the Old Perth Gaol was transformed into a geological museum. Its redeveloped site, designed by Hassell and OMA architects, has tripled in size. The building boasts eight permanent galleries spanning 6,000 sq. m for social and natural heritage, as well as 1,000 sq. m of temporary exhibition space purpose-built for major national and international touring shows.

Significant new exhibits include Big Croc (2011), a sculpture made of so-called “ghost nets”: environmentally disastrous fishing nets cut loose or lost at sea by commercial trawlers, which regularly trap and kill creatures such as large turtles. The colourful work was produced by the artist-activist group GhostNets Australia during the 2011 Cairns Indigenous Art Fair.

Also on display is the photographic series Warakurna Superheroes (2017) by Tony Albert and David C. Collins, made in a 300-person Aboriginal community in Western Australia. Children of Warakurna wore homemade superhero costumes and posed on top of abandoned, rusting cars against the dramatic backdrop of blue sky and red soil.