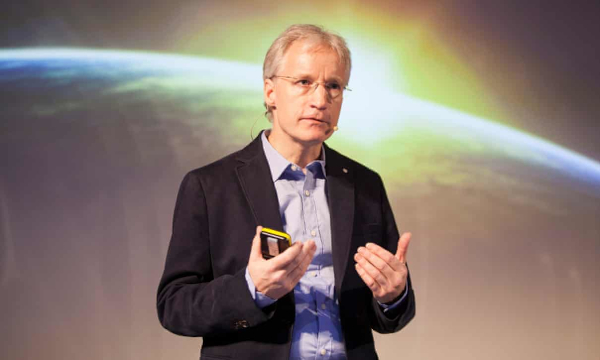 Doug Gurr will take over as director later this year.

The Natural History Museum has chosen Doug Gurr, the current boss of Amazon’s UK and Ireland operations, to be its new director.

New Zealand-born Gurr will take over from Sir Michael Dixon, who has been in charge at the London museum for 15 years, later this year.

Gurr was the development director at Asda for nearly five years before joining Amazon in 2011, where he ran its Chinese business and then took over its UK operations in 2016, with the aim of developing the firm’s grocery operation in Britain. He was one of the rumoured candidates for the BBC director general job earlier this year.

The Natural History Museum is one of the most popular in the world, attracting 5.3 million people during 2018 to 2019, making it the fourth most popular attraction in the UK.

“The Natural History Museum’s vision of a future where people and planet thrive has never been more relevant and it is a privilege to be invited to lead this globally important cultural and scientific institution,” Gurr said.

He said he was passionate about the work the museum was doing to tackle the “planetary emergency” by using its collection and scientific research to “connect millions of people a year with nature”.

Gurr’s immediate concerns will be ensuring the museum’s stability during and in the aftermath of the Covid-19 pandemic, as cultural institutions around the world readjust to many months of lost income. Other challenges will be the growing number of repatriation claims for items in the museum’s collection, such as the recent request from Gibraltar for two Neanderthal skulls.

The new director has extensive experience of running online food businesses, and has also previously served on boards and acted as a trustee for high-profile museums. Gurr was the chair of the Science Museum’s board from 2010 to 2014, and was a trustee of the National Gallery.

He also acted as a non-executive director at the Department for Work and Pensions, which attracted criticism from the Labour MP and tax campaigner Margaret Hodge, who described his appointment as “disgusting” because Amazon was involved in a row over its taxes.