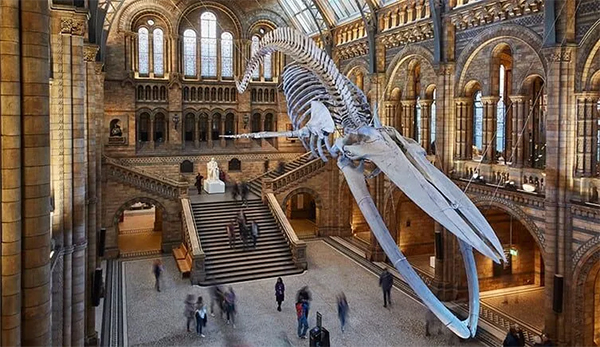 London’s Natural History Museum has announced that it has joined forces with Amazon Web Services (AWS), a leading cloud computing services provider, in order to transform and accelerate its scientific research. The new multi-year partnership will lead to the creation of a ‘digital twin’ for UK biodiversity, as the project builds a data platform to store, enrich, and compare urban biodiversity and environmental data.

As a result, the museum’s scientists will be able to build on their scientific understanding of the UK’s biodiversity and environment. The project will also encourage more integrated cross-disciplinary research programmes and drive forward science-led nature recovery in the UK’s urban spaces.

The museum’s current director, Doug Gurr, joined the organisation from Amazon in 2020.

A new data platform, called the Data Ecosystem, will be created using AWS. This will be available to all 350 scientists working at the museum, as well as those working at its partner organisations across the UK. Thanks to the cloud-based tech, the museum will be able to store and compare the data in a secure and resilient way.

Through the platform, scientists will be able to explore biodiversity data types alongside environmental data, like soil and atmospheric chemistry or noise pollution. Together with the institution’s 27 years of historical wildlife data from its South Kensington gardens, this will build a detailed picture of biodiversity functioning and health. It is hoped that this will create large-scale opportunities for research and nature positive action.

Dr John Tweddle is head of the Angela Marmont Centre for UK Biodiversity at the Natural History Museum. He says:

“Working with AWS to develop the Data Ecosystem will revolutionise the scientific work we undertake at the Museum. The data will form an essential tool in unlocking new solutions to the planetary ecological emergency; from monitoring the UK’s wildlife to furthering science-informed nature recovery in our towns and cities.” 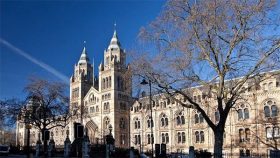 “We are proud to partner with the Natural History Museum to help them to embrace new digital technologies and accelerate new scientific discoveries. Gaining access to a wide range of data is crucial for the Museum’s scientists to build a better understanding of the UK’s urban biodiversity and help address the planetary emergency. Cloud is an important enabler for this.

“For the first time, scientists will have a way to securely store and process research data using the Data Ecosystem, which can easily scale up as more and more data is collected over time. We’re looking forward to working with the Museum to drive innovation across the organisation in the coming years as the partnership grows.”

Lucy Robinson is citizen science manager at the Natural History Museum. She says: “It has never been more critical to speed the pace at which local observations feed into world-class research, and back into real action for the planet. Supported by the Data Ecosystem, our Community Science Programme puts power in the hands of people across the UK to study and protect the local environment they care about.” 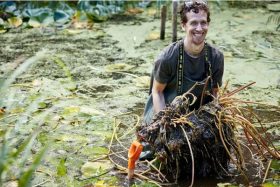 Work to redevelop the gardens at the museum’s South Kensington site began last month. The team started moving pond flora and fauna to temporary homes, which is the first step in reinvigorating the wetland system in the gardens. The Natural History Museum has secured a £3.2 million grant from the National Lottery Heritage Fund for the redevelopment and the gardens are expected to open in 2023.