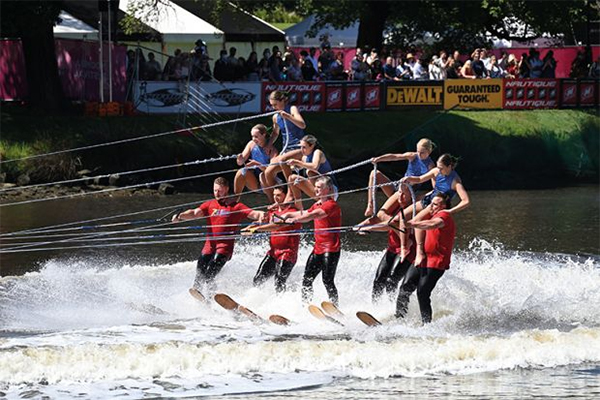 When NHMRC boss Anne Kelso flagged the possible introduction of a gender quota for her biggest grants scheme in February, she acknowledged the potential unintended consequences. Now, with quotas locked in next year, malcontents are highlighting the risks.

Quotas are always controversial. Some see them as the only way of eroding the old boys’ club, others as antithetical to merit. Maybe both these things are true. In the social media chatter about the NHMRC’s decision, the supportive posts seemed to outnumber the critical ones. “Bravo,” tweeted one enthusiast. “About time,” tweeted another. “Bold. Good,” tweeted a third. “Change can happen. Inspirational leadership.” “A bit of affirmative action and we’re changing the future landscape of research.” “Well done NHMRC – over to you ARC.”

But there were plenty of critics too. Many complained that funding bids lodged by senior male researchers would now have about one-quarter of the prospects of success as those lodged by senior women – and warned of flow-on effects, as blokes with decades of experience decamped for greener pastures.

Another reasonably common criticism came mainly from women. “I was offered a position on an all-female research team and told other criteria were less important,” one tweeted. “No thanks. Quotas based on identity undermine science. In a free society, give women equal opportunity and we’ll do the rest. Respectable feminists would be turning in their graves.”

But for everyone who warns that female grant-winners will now be perceived as having been given a leg-up, including those who would have succeeded under the old system, plenty will tell you that they’re perceived that way anyway.

Another puzzling aspect of the NHMRC approach is that it doesn’t factor in parenthood – in fact, its consultation survey report doesn’t even mention it – even though research suggests motherhood is a key underpinning feature of gender-based disadvantage. Arguably, the NHMRC’s new approach replaces one unfair contest (women v men) with another unfair contest (women with kids v women without kids). “No,” says the NHMRC, explaining that it already has a “Relative to Opportunity” policy that factors in career disruptions brought on by “personal circumstances” such as taking time out to have sprogs. “The survey did not include questions about parental status because NHMRC was not seeking to modify the existing policies that address individual circumstances.”

Another criticism is that while the quota has been introduced for the most senior levels of the Investigator scheme, in which male grant-winners consistently outnumber females, a current “structural priority funding” arrangement – which quarantines an extra 8 per cent of funding for female applicants – is being retained at the junior levels in which women already outperform men. It has been maintained so that it can be “applied if needed to meet gender equity targets”, the NHMRC explained.

The council’s decision to count non-binary researchers as women, for the purposes of both the quota and the structural priority funding, also raised eyebrows. While Kelso’s February discussion paper offered plenty of evidence about women experiencing systemic disadvantage, it presented no data whatsoever about non-binary researchers. “What makes a non-binary person a female?” one tweeter asked. “How is this addressing systemic sexism?” asked another. “What systemic disadvantage is claimed to be experienced by a ‘non-binary’ applicant that qualifies them for measures set up for women?” asked a third. “Anyone can claim non-binary status…so men still get the biggest slice of the pie,” a fourth critic tweeted. “Their own grants and those designated for non-binary people too.”

“Bold and brave congratulations NHMRC,” tweeted someone with a foot in both camps. “But for all of us used to see people gaming the system, the question is how big will be the surge of previously male turned non-binary applicants next year?” Just one of the potential unintended effects to watch out for in the years ahead.