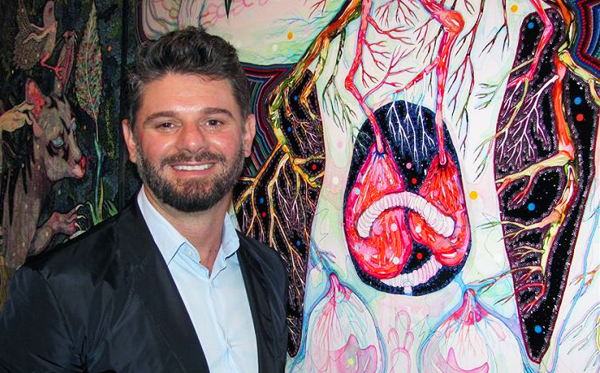 It took an international search but in the end, they chose a candidate who is thoroughly homegrown.

Federal Cabinet has signed-off on Mitzevich’s new role, which had been rumoured for weeks.

Keeping a lid on the prestigious appointment proved almost impossible in Adelaide during the city’s annual arts festival.

Mitzevich will replace Gerard Vaughan, who signalled his retirement last year after having been appointed in 2014 to stabilise the NGA following the exit of previous director Ron Radford. Radford was also a director at AGSA before he moved to Canberra.

Mitzevich will swap a gallery with $11 million in annual government funding for one three times that amount, and bring to the capital gallery a reputation for effecting change.

A former director of the Newcastle Art Gallery and of the University of Queensland Art Museum in Brisbane, he took the Adelaide job after previous director Christopher Menz quit, accusing the South Australian Government of failing to properly fund the gallery.

Mitzevich began with a misstep when he cancelled a planned Bauhaus exhibition and secured special State Government funding to stage a whole-of-gallery display of British art from London’s Saatchi Gallery, which failed to excite either critics or audiences.

During the next seven years he redeemed his reputation by, among others things, overseeing the acquisition of a trophy painting, Camille Pissarro’s Landscape Prairie a Eragny, bought with $4.5 million raised entirely from donations.

He renovated the 120-year-old sandstone building room by room, introduced an Indigenous art festival, Tarnanthi, and hosted large-scale blockbusters, including one of paintings by Turner and another of fashion icons.

He ramped up South Australia’s collecting of contemporary Australian and international art, and was the first Australian director to implement a provenance project to investigate antiquities in its collection acquired without historical checks.

In 2014 Mitzevich curated the prestigious Adelaide Biennale, Dark Heart, and he is held in significant esteem by the Adelaide community after having pledged not to turn down a single invitation during his first year in the job.

He almost doubled annual visitor numbers from 480,000 in 2010 to 800,000 last year, and his plan to build a new museum, Adelaide Contemporary, was enthusiastically backed by former SA premier Jay Weatherill.

Former Sydney Opera House boss Michael Lynch is chairing the design competition for Adelaide Contemporary, which closes next week, and will advise AGSA as it seeks a new director.

Mitzevich, 48, will in July commence his five-year term atop the nation’s best-funded art gallery, which is also home to the largest collection, some 150,000 artworks valued at $6 billion.

He will also inherit an institution that has undergone a recent restructure due to federal funding cuts and that harbours long-established plans to increase the gallery size through an as-yet unfunded renovation.