You are here: Home » Articles filed under: 'News' » Article: 'Nimrud razed by IS bulldozers'

Nimrud razed by IS bulldozers 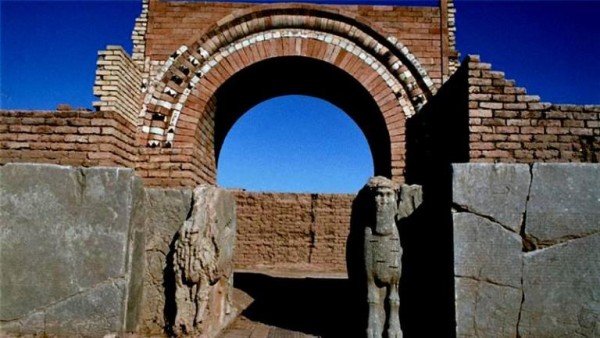 Gates of palace of Ashurnasirpal in Nimrud.  Source: Arts Newspaper.

The Islamic State have attacked the 3,000-year-old Assyrian city of Nimrud using bulldozers, Iraq’s Ministry of Tourism and Antiquities reports in a statement posted on its website on Thursday. The terrorist group has “assaulted the historic city of Nimrud and razed it with heavy vehicles”, the ministry says.

According to the AFP, an Iraqi antiquities official speaking on the condition of anonymity said that the attack started after noon prayers and that some of the trucks may also have been used to haul away artefacts, but the extent of the damage could not yet be assessed. An official speaking to Al-Jazeera said that the winged-bull lamassu statues at the gates of the palace of Ashurnasirpal II had been smashed.

There have been fears that Islamic State would target Nimrud, after it used drills and sledgehammers to vandalise museums and antiquities in Mosul and Nineveh last week, around 30km to the north. Iraq’s ministry adds in its statement that it “condemns these criminal acts and calls upon the UN Security Council to speed up the convening of its emergency response and activate its previous resolutions to support Iraq.”