The National Library of Australia, where cuts will be made to the library’s publishing output. Picture: Jamila Toderas

The National Library is cutting the number of books it publishes each year significantly in a move described as “tragic” for authors and the community.

The library confirmed it would cut the number of children’s books it publishes from eight to two.

Celebrated author Jackie French said the move was tragic and the library’s publishing efforts were integral to its purpose in collecting and preserving Australian stories.

She said books for young people were vital to giving them knowledge, confidence and imagination to face present and future social challenges.

“These are the kinds of books that the National Library produces.”

Ms French, who edited a selection of Australian poetry for children published by the library last year, also took aim at the efficiency dividend which has seen the library’s budget faces continued cuts. 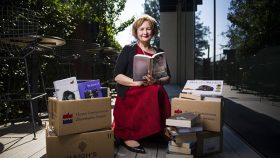 “Anyone who is cutting the National Library’s budget simply does not understand the needs of Australia in 2020,” she said.

The library’s director-general, Marie-Louise Ayres, said the NLA Publishing imprint was unprofitable and investing in the imprint was unsustainable.

“That is why we had to make the difficult decision to not proceed with some titles. It was a decision not made lightly,” she said.

The president of the Children’s Book Council of Australia ACT branch, Julie Long, said she was surprised the library would make cuts to a successful and award-winning list of children’s books.

The books helped broaden awareness of the library’s collections.

“I find this extremely hard to believe, because their children’s arm in particular has been very, very successful,” she said.

“There are quite a few Canberra authors who will have works in the pipeline with the National Library.” 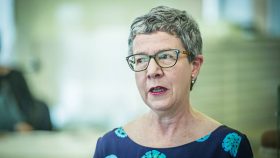 Author Gina Newton said she received a phone call earlier this month from the library to say NLA Publishing would not proceed with her forthcoming children’s information book.

She said it was devastating news after working on the book for two years.

Dr Ayres declined to say whether the cuts to the publishing program were a result of the efficiency dividend.

“Ongoing financial sustainability is a challenge. Our world-leading digital innovation – combined with the ever-present need to care for a heritage building and provide new storage facilities – will draw heavily on our future budgets,” Dr Ayres said.

It is unclear if any jobs are affected by the cuts to the library’s publishing work.

“The National Library will continue to operate within its allocated budget and the average staffing level cap,” she said.

It was revealed in November last year the library would embark on a major staff restructure and reduce overseas collecting efforts.

The Asian Collections Reading Room will also close and its specialist staff move to the library’s special collections reading room, which provides access to manuscript, oral history, rare book, photographic and other collections.

Dr Ayres said the library needed to prioritise its activities to “ensure the maximum value for all Australians”.

“It has been more than 20 years since there was a significant restructure at the National Library and we cannot stay still,” she said.