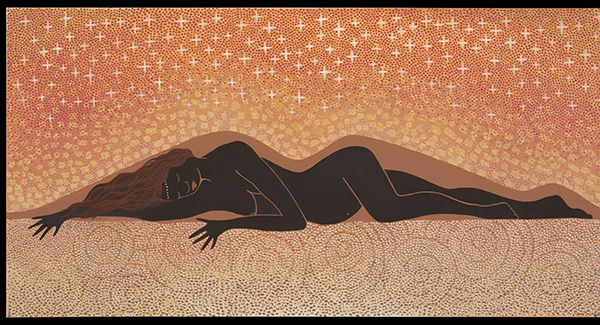 COVID-19 has led to scheduling changes for two major exhibitions at the National Museum of Australia.

The museum’s director, Dr Mathew Trinca, said the current exhibition Endeavour Voyage: The Untold Stories of Cook and the First Australians would continue until April next year.

Endeavour Voyage commemorates the 250th anniversary of the British ship Endeavour coming to the east coast of what is now Australia and the encounters – positive and negative – between the British crew and the Indigenous inhabitants.

Dr Trinca said a central part of the exhibition was Alison Page’s film The Message, an imaginative retelling of the Cook story.

He said one of the reasons the exhibition was so important was that “it’s the first time the story has been told from the perspective of the descendants of the Aboriginal and Torres Strait Islander people who would have witnessed Cook’s voyage”.

Their oral accounts of the east-coast encounters, passed down over the past 250 years, and artistic responses to these encounters, have been presented along alongside the journal entries and artefacts of the voyage’s leader, Lieutenant James Cook and other crew members of the Endeavour.

“We can only get so many people through on any given day.”

During COVID-19 restrictions, about 100 people an hour could move through the exhibition, about half the regular capacity.

Dr Trinca praised individuals’ and institutions’ generosity in allowing items to remain on extended loan at the National Museum of Australia. The extension meant more people would be able to see the exhibition.

Dr Trinca also said COVID-19 meant the planned British Museum blockbuster, Ancient Greeks: Athletes, Warriors and Heroes, which was to open in December 2020, would now open on December 17, 2021, during the rescheduled Olympics year. Ancient Greeks will come to the Australasian region for the first time, as part of a partnership between the British Museum (where the collection is housed), the National Museum of Australia, the Western Australian Museum and the Tmaki Paenga Hira Auckland War Memorial Museum.

It will feature about 170 objects that explore the theme of competition through sports, politics, drama, music and warfare,

The exhibition will open in Western Australia before its season at the National Museum of Australia from December 2021 to May 1, 2022, the show’s only east coast Australian venue

Dr Trinca said the Australian and New Zealand institutions’ three-way collaboration was a model for future agreements, allowing cultural institutions to pool their resources so they could bring major shows to the region.

Ancient Greeks will be the fourth in a series of British Museum exhibitions that have featured at the National Museum of Australia, following Rome: City and Empire (2018), A History of the World in 100 Objects (2016) and Encounters: Revealing Stories of Aboriginal and Torres Strait Islander Objects from the British Museum (2015).

For more information and the museum’s full list of safety measures implemented in response to COVID-19, visit nma.gov.au.