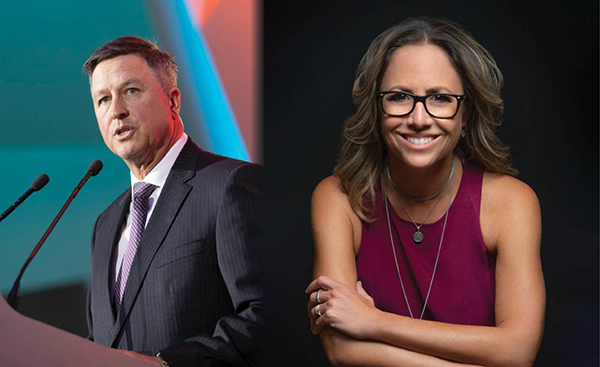 What will people decades from now know of the times we’re living through right now?

And who will be coming through the doors of museums, galleries and libraries to see our stories told?

These are the questions on the mind of the new chair and longtime member of the National Museum of Australia council Ben Maguire.

His place on the council, where he’s been a member since 2015, will be filled by historian Clare Wright, whose award-winning books have changed the way Australians view some of our most cherished narratives.

Mr Maguire, formerly chief executive of the Stockman’s Hall of Fame and Outback Heritage Centre in Longreach, said he had been watching with interest how the crowds at the National Museum had changed over the years.

“I’ve noticed a huge change just in the demographic,” he said.

“I know there’s a lot of data in the team about who’s coming through the doors, but there’s an energy in the museum now with families and prams and kids, and they’re staying longer, they’re more engaged.”

He and his family now live in Yass; when they moved there, he found himself casting about for a new project after his time in Queensland.

“I had a very commercial view of how to run a museum, and I think that’s kind of what got me on the board in the first place,” he said.

“I’m proud to say that seven years later, we’ve got a much stronger retail presence. We’ve got a very strong fundraising focus and team, our own share of own-sourced revenue is significantly higher. We’re just a bit more bold around the projects that we take on, and yet have not lost an ounce of our responsibility to curatorial dignity and respect and excellence.”

Professor Wright, meanwhile, an author, broadcaster and Professor of History at La Trobe University in Melbourne, said she was excited to take her place at one of “the repositories of the stories of our nation”.

“This is where the archive is,” she said, of Canberra’s suite of cultural institutions.

“This is where the first draft exists. This is where the answers to all of the questions that could possibly be thought up in the minds of Australians wanting to find out something about their past and their heritage exists.”

She was excited by the museum’s role as both repository and recorder of history. “It is not just holding in custody the material heritage that already exists,” she said.

“It’s also making decisions and determinations based on values and principles about what is worthy of collection, and therefore what is going to be seen as part of the national estate and cultural heritage into the future, for future generations to look back on as part of their history.”

In a statement, federal arts minister Tony Burke said these appointments were an example of the government’s commitment to national institutions and promoting our cultural identity.

“Ben Maguire has been a tireless advocate for the Museum since 2015, and I know he’ll continue to demonstrate his outstanding leadership capabilities as chair,” he said.

“His passion for the museum and its role in forming our national cultural identity will be crucial in the years to come.

“Her expertise in Australian history will be invaluable to the museum. I look forward to her bringing a new perspective to the council.”