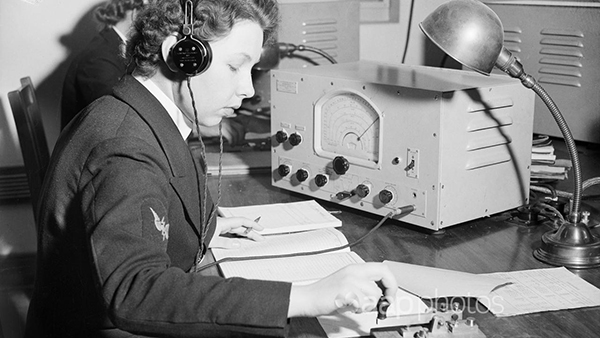 The National Museum of Australia has unveiled an exhibition on the top secret signals directorate. Image supplied.

Over the next decade, the REDSPICE program will churn through roughly $10 billion in federal funding and involve the deployment of 1900 data analysts, computer programmers and software engineers.

Never heard of it?

It stands for resilience, effects, defence, space, intelligence, cyber and enablers, and will effectively mean an almost net doubling in size of the Australian Signals Directorate.

Not familiar with the ASD either?

Not to worry, not many everyday Aussies are. In fact, until about halfway into its existence, the central workings of the nation’s electronic spy agency weren’t even known to prime ministers.

Former PM Gough Whitlam only became aware of its top secret Five Eyes intelligence-sharing pact with the US, UK, Canada and New Zealand following government raids on the offices of better known spook outfit ASIO in 1973.

That led to his discovery that the United States had been operating a clandestine surveillance outpost near Alice Springs known as Pine Gap.

However the Australian public didn’t learn of the Five Eyes agreement or indeed anything of substance about the ASD until 2005.

These days, the once top-classified documents can be viewed online.

But better still, the behind-the-scenes story of Australia’s oldest intelligence organisation is being told via a three-month exhibition at the National Museum of Australia in Canberra.

Decoded: 75 years of the Australian Signals Directorate offers an unprecedented glimpse at the enigmatic agency’s exploits in collecting foreign intelligence and safeguarding ours.

Somewhat quaintly, its mission statement is “reveal their secrets, protect our own”.

In 1947 the federal government established a permanent signals agency in the Department of Defence.

The agency was renamed the Australian Signals Directorate in 2013.

Its mission has expanded to provide cyber security expertise to governments, businesses and individuals, and prevent and disrupt offshore cyber-enabled crime.

It continues to gather foreign intelligence and support military operations, and, according to the National Museum, boasts the people and technology needed to safeguard the cybersecurity of all Australians.

The ASD “proudly operates in the slim area between the difficult and the impossible, recruiting the best and brightest”, says the exhibition blurb.

Highlights include early cipher, codes and encryption, and feature presentations on the Cold War, evolution of the Five Eyes partnership, key military operations, the post-911 war on terror and contemporary cyber-crime challenges.

The exhibition also offers an interactive game for visitors to work as a team to defeat cyber criminals and a central experience showcasing untold stories of ASD staff.

“It brings all of us great joy to share the history of ASD,” says director-general Rachel Noble.

“So many of our former and current staff have never been able to tell anyone much about the work they have done.

“The exhibition is a celebration of their amazing work over 75 years and I’m sure for more than 75 years to come.”

To that end, Defence Minister Peter Dutton says REDSPICE marks the largest ever investment in the directorate’s cyber capability and one which “recognises the deteriorating strategic circumstances in our region”.

“It acknowledges the nature of conflict has changed, with cyber-attacks now commonly preceding other forms of military intervention, most recently demonstrated by offensive cyber activity against Ukraine.”

Mr Dutton says the upgrade will ensure the ASD keeps pace with Australia’s adversaries and is able to strike back potently against attack.

For National Museum director Dr Mathew Trinca, the history of the directorate mirrors that of the maturing of Australia as a nation.

“We hope all Australians who are able to visit the exhibition will leave with an appreciation of the role of this crucial but often unrecognised, work by the men and women at the cyber security frontline,” he says.

They’ll also get to see Typex Mark 23, the Allied equivalent of the German ENIGMA machine used for secret wartime communications.

The Speakeasy is on display, an Australian device developed in the 1990s using voice encryption to secure calls over the public phone network.

Weighing in at five tonnes but with less memory than a smartphone, there’s the CRAY X-MP 2.2 Marsik, Australia’s first supercomputer acquired by the directorate in 1986.

And as a reminder of the ever-present threat of terrorism, the exhibition also features the Australian coat of arms shattered by the bombing of the Australian Embassy in Jakarta in September 2004.

The National Museum of Australia’s exhibition DECODED: 75 years of the Australian Signals Directorate runs until July 24.