You are here: Home » Articles filed under: 'News' » Article: 'Nobel Prize for Science' 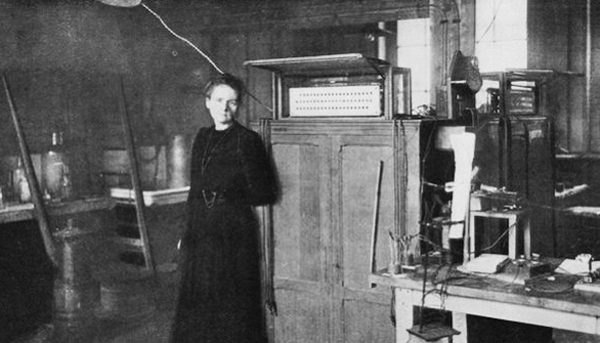 Including the zero honored this year, there have been just 17 in the history of the prizes. Why so terribly few?

About 1,600 years ago, the Egyptian mathematician and philosopher Hypatia was stoned in public—according to some accounts, by order of the Bishop of Alexandria, because she was a woman, a pagan, and in particular much too smart. In human societies, it always seems as if men, from time immemorial, have done everything possible to deny women access to knowledge and power, which are often linked. This hold began to loosen only during the Renaissance, when girls were (very) gradually allowed, and then encouraged, to pursue the same studies as boys. But the road has been long, and there is still quite a way to go.

Consider, for example, the Nobel Prize, a universal symbol of excellence and the subject of Dix-Sept Femmes prix Nobel des sciences (“Seventeen Women Who Won a Nobel Prize for Science” by Hélène Merle-Béral, professor of hematology at Pierre and Marie Curie University in Paris. As the title indicates, only 17 women have been awarded a science Nobel Prize since its inception in 1901. That amounts to three percent of all prizewinners. Why should that be?

There are at least three explanations. First, oppression along with objective and official discrimination of women long relegated them to secondary roles and served to deter them from science. In Western Europe, this era is more or less over, but naturally the vestiges of it remain: although girls are reclaiming the world of science little by little, it will take several generations before they accede to positions of power beyond the administrative level.

The second explanation has to do with male stereotypes of women, which are nowhere close to disappearing. A 2015 survey showed that 67 percent of men believe that women lack the capacity to become first-rate scientists. Hence the unconscious temptation of parents and teachers to discourage girls from these careers.

Most worrisome, however, is that the same survey showed that 66 percent of women believe it too! This is the third, more insidious hurdle: women’s own internalization of stereotypes about themselves leads most of them to self-limit and to voluntarily reject careers connected to science and power.

This phenomenon—the “stereotype threat”—is well known. U.S. researchers demonstrated it in 1995 with respect to African Americans. Given a complex intellectual task to solve, African American subjects performed as well as whites, except when a group composed of both black and white volunteers was reminded that they would be taking a complicated intelligence test. This seemingly innocuous information evoked the racist stereotype about blacks being generally less intellectually endowed than whites. Disconcerted by the racist clichés, a significant number of blacks performed less well. The same phenomenon was subsequently identified in girls with respect to math and technical skills, though the latter is obviously less of a social handicap.

As is often the case, these toxic stereotypes contain what appear to be “kernels of truth” but in fact are distorted and erroneous. Thus, according to one argument, inequalities are justified by taking the actual situation as proof (and not the consequence) of the stereotype. For example, “The fact that there are fewer women scientists proves that women are worse in science.”

A second type of argument may be based in reality but has nothing to do with the actual situation. For instance, even taking body size into account, women typically have smaller brains than men: 1130 cubic centimeters for women compared with 1260 cubic centimeters for men. But it is impossible to conclude anything from that fact, because we also know that large brains are not necessarily more efficient. Einstein had an ordinary-sized brain. And brains, be they large or small, are designed to thrive and find inspiration. In this sense, it is interesting to see how social evolution (giving girls a chance) has affected their scientific scores, such as in math.

In the U.S. in the 1970s, boys and girls performed at the same level in math in primary school. Then, beginning at age 12, boys typically did better. Thirty years later—following the women’s liberation movement and the fight for equality—a new study was conducted involving nearly seven million students: the difference between the sexes had evaporated. Today, talented girls no longer eschew advanced studies, whether scientific or otherwise, although more of them choose life sciences (medicine or biology) over more abstract disciplines (math or physics). Other studies show that as social equality between and women increases, the level of math achievement for both sexes also becomes more comparable.

Clichés about the intellectual superiority of men are being rejected and fought with ever greater frequency: we are on the right track to improvement. But women need to be aware of their susceptibility to the “stereotype threat.” They can also take heart from the example of pioneering scientist Marie Curie: this extraordinary woman is still the only person to have received Nobel prizes in two different disciplines (physics in 1903 and chemistry in 1911).

Gentlemen, can you top that?