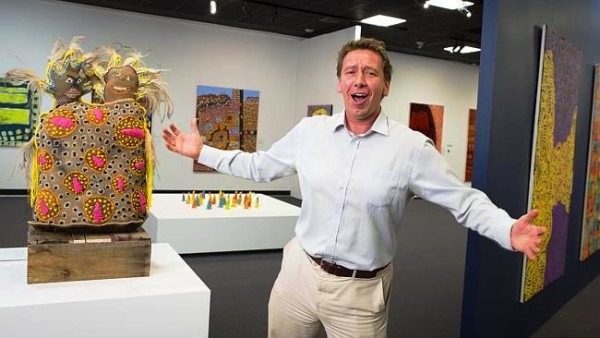 Michaela Boland, Museum and Art Gallery of the NT director dreams of a showcase, The Australian, 20 August 2015

The past year has seen significant change at the Museum and Art Gallery of the Northern Territory, headquartered in Darwin, which, after being nestled within the Territory government, has become a statutory authority and soon will publish an annual report revealing visitor numbers, funding, salaries and statistics for the first time in about 15 years.

A new building next to the Northern Territory parliament and the Supreme Court, the Chan Building, has been allocated to the gallery, with a budget for a fitout and, overseeing it all, a new director — former Melburnian Marcus Schutenko, who has been tapped replacing Pierre Arpin.

Schutenko, who brings 20 years of experience as an arts administrator to the role, has mostly switched between government and public institutions. After stints in Canberra, the Arts Centre Melbourne and as manager of independent theatre The Store Room, he was most recently director of Melbourne’s Chinese Museum before making the break to the Top End in May.

He has uprooted his young family and signed a four-year contract, saying he is committed to the long haul.

“I’m keen to buy a house but everyone says, ‘Oh, no, you’ve got to wait one wet season.’ I’m not waiting one wet season,” he says from the floor of the gallery where we meet.

Schutenko had his first taste of the national spotlight this month when MAGNT hosted the nation’s most important indigenous art prize, the $75,000 Telstra National Aboriginal and Torres Strait Islander Art Awards.