You are here: Home » Articles filed under: 'News' » Article: '“Not on board” as entire Museums Aotearoa'

“Not on board” as entire Museums Aotearoa 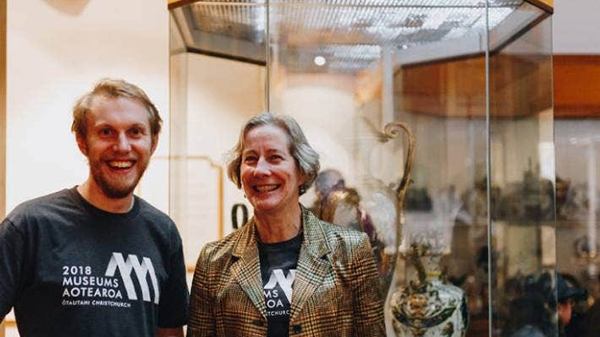 Phillipa Tocker, executive director of Museums Aotearoa, right, has been with the organisation for more than a decade. (File photo).

The entire board of Museums Aotearoa has abruptly quit after concerns about its governance and management.

The organisation’s remaining executive director, Phillipa Tocker, is refusing to comment on the situation, despite being implicated in a report that the board resigned over “fundamental disagreements” with her.

Museums Aotearoa is a Wellington-based national organisation which advocates for and supports museums, art galleries, heritage properties and their employees around New Zealand. It offers surveys, networking, an annual conference and awards. It is funded almost entirely by membership fees, and its board is made up of museum professionals.

We go behind the scenes at Auckland Museum’s top secret storage facility, where objects are assessed, catalogued and restored. Click here to view video.

Late on Friday, April 9, Louisa Hormann, a board member of nearly two years, sent an email to members of the GLAM (galleries, libraries, archives and museums) sector announcing the resignation of all members of the board.

“I regret to inform you that all Museums Aotearoa board members have unanimously agreed to resign from their positions,” she wrote in the email, which has been obtained by Stuff.

“It is my duty to advise you that as of Friday the 9th of April I have also handed in my resignation. The decision to step down is not one that any of us have made lightly.

“Due to ongoing concerns about the governance and management of Museums Aotearoa, board members are united in their resolve that this is the right course of action.”

She said the board passed a number of resolutions to meet its responsibilities of succession, and to minimise impact on its membership.

In the interim period, Museums Aotearoa’s executive director – Tocker – had been delegated various powers to call an annual general meeting, and “enable a smooth transition” to another board.

Hormann had been representing the Emerging Museum Professionals New Zealand network (EMPNZ) as its nominee on the board.

“I will be supporting the EMPNZ Committee as we transition from this board, including contingency planning in the event that [Museums Aotearoa] winds down, and to ensure a smooth handover for whoever takes over my role,” she said in the email. 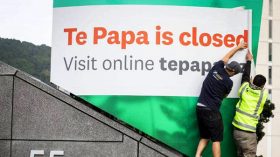 Online arts news publication The Big Idea reported that the board resigned over “fundamental disagreements” with Tocker, who has been with Museums Aotearoa for more than a decade.

Tocker told The Big Idea that a notice had gone out confirming the board’s resignation, and transition arrangements were being worked through ahead of setting a date for this year’s annual general meeting.

Tocker said she was unable to provide a statement to Stuff on the mass resignations. Museums Aotearoa had a staff of 1.5 full-time equivalents, including her, she said.

“I’m sorry, I can’t make any comment at this stage.”

The museum sector has been impacted by Covid-19 with many shutting doors, losing revenue or having to alter and adapt to new public health guidance.

See also: Not on Board