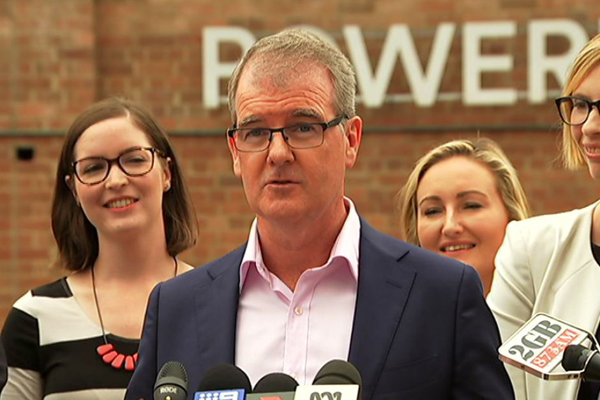 Sydney’s Powerhouse Museum would remain at its Ultimo home under a Labor plan that also promises a new $500 million museum for the city’s west.

The Berejiklian Government last year confirmed its intention to move the museum to a riverside site in Parramatta.

In what he described as his “first big announcement of the election campaign”, Opposition leader Michael Daley today revealed the museum would not be relocated if he won the state election.

“[The move] was never about Western Sydney, it was about what the Liberals do best — it was a property deal,” he said.

Mr Daley said 90 per cent of the Government’s arts budget was spent in one local government area and slammed a lack of consultation before the Parramatta move was announced.

“Arts and culture, particularly in Western Sydney and the regions, are not getting their fair share,” he said.

Funding for the $500 million Parramatta institution would come from the $650 million budgeted for the relocation, Mr Daley said.

Labor’s arts spokesman Walt Secord said the new building would include an international exhibition space and a performance area, but its other features were largely open for debate.

“I am not going to impose my vision on a community, Mr Secord said.

“We will work in partnership and listen to the community.”

The party will also double the Regional Cultural Fund to $200 million.

Barney Glover, president of the Board of Trustees of the Museum of Applied Arts and Sciences, was not convinced $50 million would go very far.

“A significant capital and operational investment will be required to enable [the museum] to remain a world class destination for visitors and to ensure the collection is properly managed and exhibited in the long term,” he said in a statement.

“A $50m investment is insufficient.”

Jennifer Sanders, heritage consultant and the former deputy director of the Powerhouse, was more positive and described Labor’s plan as “visionary”.

“The Powerhouse Museum is a major anchor for this education and creative precinct,” she said.

“It is purpose-built to be a museum.”

“It’s part of our history, easy access, great location — it’s the character of this city.”

“Shame on the Labor Party for trying to make Parramatta and Western Sydney second-rate communities,” she said.

“It doesn’t make sense to me to say you’re committed to a cultural institution but it should be a second-rate one.”

Ms Berejiklian said agreements had already been signed with various stakeholders about the move.

“This isn’t the first time the Labor Party is cancelling a project which is way down the track,” she said.

The building was originally designed by architect Lionel Glendenning, who recalled how it became known as “the people’s museum” following the 1988 opening.

“It was extraordinary, the reaction,” he said.

Mr Glendenning was shocked when he heard of the relocation plan.

“You don’t go and root up 135 years of history and move priceless collections 23 kilometres,” he said.

Mr Glendenning admitted the building was “tired” and needed an injection of funding, but believed the relocation was inappropriate.

The plan has previously attracted criticism from water engineers, who warned the Parramatta site would create a flood hazard.