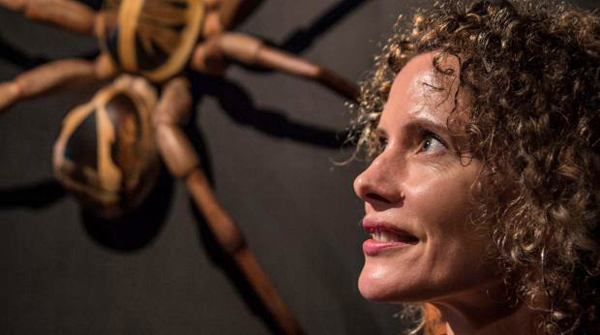 Australian Museum gets an attendance boost from its Spiders: Alive and Deadly exhibition. Photo: Wolter Peeters.

The Art Gallery of NSW drew the biggest crowds in its recorded history in the last financial year, but some arts institutions suffered in terms of patronage and bottom line numbers in 2016-17.

The gallery, which includes in its data the Brett Whiteley Studio in Surry Hills as well as regional touring exhibitions, saw patronage rise 23.7 per cent to 1,591,355 visitors,  according to the gallery’s 2016-17 annual report tabled in Parliament this week.

At the Sydney Opera House, the landmark building saw smaller audiences as it celebrated its 60th year.

Attendances fell slightly to 1,468,386 due in part to the closure in May of the Joan Sutherland Theatre and a reduction in ticketed premium events to make way for children’s creative play and digital creative learning.

The Australian Museum enjoyed a five per cent rise in attendances with the Spiders: Alive and Deadly exhibition attracting 134,000 visitors alone.

It was a productive year for the scientists at the Australian Museum Research Institute (AMRI) with 209 new species described representing more than one per cent of all new species of fauna and flora discovered worldwide last year.

But uncertainty around the relocation of the Powerhouse Museum to Parramatta has resulted in a painful hit to that museum’s finances.

Corporate donations and ticket revenue fell in the 2016-17 financial year while the costs to government of preparing the business case for the move west exceeded $6 million.

“The trustees note that the uncertainty surrounding the proposed relocation of the museum to Parramatta has materially impacted upon the museum’s commercial operations,” the report said.

The Department of Planning and Environment provided MAAS with an extra $1.5 million during the year to support “ongoing operations as a result of the museum’s downturn in commercial revenue”.

At the Powerhouse, almost 562,000 people visited the inner city museum in 2016-2017. This was slightly down on the previous year’s high when attendance figures for the Powerhouse jumped by one third, but held relatively steady considering the headlines.

MAAS president Prof Barney Glover said the message was of a museum that was “open for business” with a year-round program of exhibitions enticing visitors.

On top of this, the annual report shows the museum incurred an extra $9 million in accelerated depreciation costs brought forward because the museum is destined to vacate the Ultimo site. The write downs will be applied to the museum’s balance sheet each year until June 2022.

“Instead of getting useful life out of Ultimo and having the benefit of that over 20 years or more, they are assuming they are going to be out of the site in a couple of years and that comes at a cost,” Green’s MP David Shoebridge, a member of the Upper House inquiry into the Powerhouse plan.

“The government decision has not only damaged the reputation of the museum it is causing significant harm to their finances as well.”

The Arts Minister, Don Harwin, said it was great to see the “incredible attractions inside the Powerhouse continue to drive strong interest from museum goers”.

“Improving and revitalising the MAAS offering is central to what our Government aims to achieve with the new museum in Parramatta. This summer MAAS welcomes the incredible TeamLab exhibition at Ultimo and I encourage every visitor and resident of Sydney to go and check it out.”