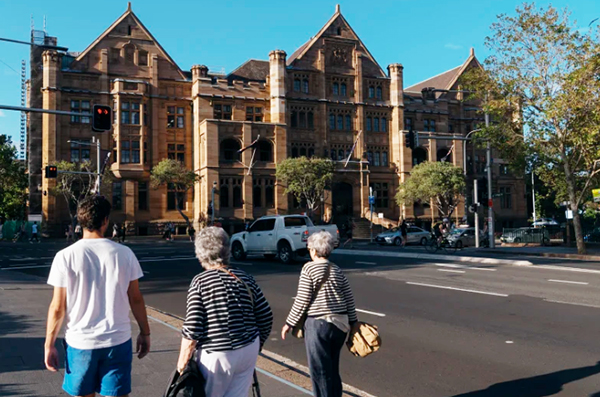 Sydney’s major cultural institutions are pressing the Perrottet government to approve more than $1 billion in renovations and projects, including the state’s first history museum on Macquarie Street.

Leading the multimillion-dollar bids for government support in the next 12 months is Sydney Living Museums, which wants to merge with the State Archives and Records Authority to become the Museums of History NSW.

The merged entity would have the same status as the Art Gallery of NSW or the Australian Museum and remain headquartered in western Sydney and The Mint.

“We are the first state and the only state in the country without a cultural institution with history as one of its core objectives,” Adam Lindsay, chief executive officer of NSW State Archives and Sydney Living Museums, said.

“Setting up a cultural institution with a specific mandate to unpick and explore and discuss our complicated but wildly significant history is important. Let us not forget that when NSW was colonised in 1788 it covered much of the landmass of Australia so a new museum devoted to NSW would be a national story with regional significance and inevitably talk about pre-colonial and First Nations history.”

At Parramatta Female Factory, SLM is well into the process of conducting the final business case for an interpretative museum across multiple buildings on the historic former penal colony site. 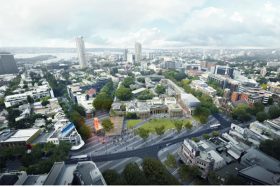 A masterplan for a major restoration of National Art School is underway at the rear of the Darlinghurst Law Courts.

In addition to the new museum of history, the National Art School is developing a $200-plus million master plan to renovate its home at the old Darlinghurst Gaol site.

The Australian Museum is also updating its master plan and business case to follow through on its ambitions to build a new eastern wing with a grand glass ceiling public hall, and convert the 1959 sandstone-clad Parkes Farmer building into exhibition space, offices and storage.

The museum’s original 2016 master plan titled Barrabuwari Muru, meaning future path in the language of the Indigenous Gadigal people, was originally costed at $285 million before the spike in construction costs.

The next step is to progress a new extension on the museum’s eastern quarter on the corner of William and Yurong streets.

The Australian Museum’s collection numbers more than 21.9 million objects and specimens and new exhibitions have been drawing in families from across Sydney.

“We want to continue to show more of this wonderful collection to the public,” its chief executive, Kim McKay said.

McKay is also seeking an extension of the NSW government’s subsidy that underpins its offer of free general admission since it reopened to the public in October 2020.

All cultural projects deliver for major CBD-based cultural institutions which draw audiences across Sydney likely and are likely to enhance the international visitor experience once tourists return to pre-pandemic levels.

But the government is also under pressure to invest in western Sydney where the Perrottet Government is vulnerable in a number of seats, and cultural infrastructure is lacking.

The government’s arts agency, Create NSW, identified film studio sites in Parramatta, Penrith and Rouse Hill and the art deco Roxy Theatre for acquisition but last year its film and stage strategy failed to make the agenda of the Expenditure Review Committee.

“The government’s vision of Sydney is a city of three cities – east, central and western – but the cultural policy seems to stuck in the 19th century where almost all cultural effort is focused on eastern Sydney only,” western Sydney business leader David Borger said.

“The Powerhouse Parramatta is a game-changer for the west; it’s time to think of doubling down on this commitment.”