January 22nd, 2021 | Browse other: News. | Tagged with: Australian Museum, Culture Up Late initiative, Museum of Contemporary Art, some museums will stay open as late as 9pm at least one day a week | 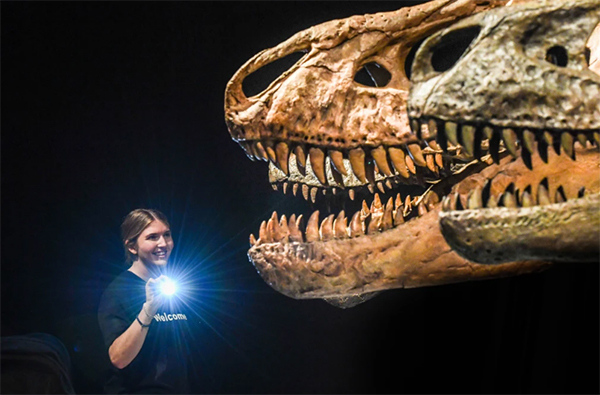 In a fresh bid to tempt visitors and locals back to the Sydney CBD following the pandemic shutdown, the state government has committed $1.47 million to allow cultural institutions to keep their doors open later during the week.

Institutions including the Art Gallery of New South Wales, the Museum of Contemporary Art, and the Australian Museum will stay open as late as 9 pm at least one day a week throughout summer.

The Culture Up Late initiative was announced jointly by Treasurer Dominic Perrottet and Arts Minister Don Harwin at the newly reopened Australian Museum on Wednesday.

“Our museums and our galleries are Australia’s greatest and we want to share them,” said Mr Harwin. “Having late-night openings is going to be a great thing for Sydney and a great thing for all those people who are going to visit during the summer.”

She welcomed the chance to open late each Thursday during summer and said it would be a more “adult experience” than during the day when the exhibitions are thronged with families and school groups. 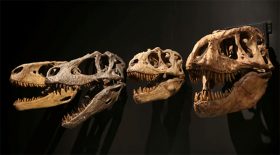 The Tyrannosaur – Meet the Family exhibit has been a major drawcard for the Australian Museum.

“There will be a bar and we will have food so people coming back to work in the city can come here and have a drink,” she said. “We’ve also got DJs performing every night we are open.”

She said she was expecting the current big exhibition, Tyrannosaurs – Meet the Family, to continue to be a major drawcard.

Visitors attending the Museum of Contemporary Art’s retrospective Lindy Lee: Moon in a Dew Drop will be able to linger until 9pm on Fridays over summer.

“I’m really thrilled they included us,” she said, adding that visitors should “expect the unexpected, have a great cocktail and something to eat and then kick on in The Rocks or go home if you’ve got kids.”

However, she said the extra investment would do little to help with the MCA’s major funding problem, which is the inability to host money-spinning events.

“Our big problem is still venues. You still can’t stand up inside and have a drink and that’s where you make money with functions. It’s still pretty scary. We’re awaiting news on any support for the big hole next year. We keep being told we are still being looked at by both the federal and the state government so I’m hoping we will get a Christmas present but I’m not holding my breath.” 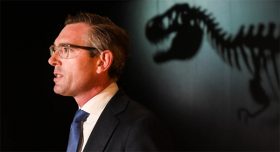 Mr Perrottet said the initiative could be extended beyond summer and become permanent, depending on the public’s response.

“We should have a 24-hour city,” he said. “Museums and galleries around the world do this and there is no reason why Sydney shouldn’t as well.

“It’s been a tough year and I encourage anyone who can to get out and immerse yourself each week this summer in all that the country’s largest arts and cultural institutions have to offer.”