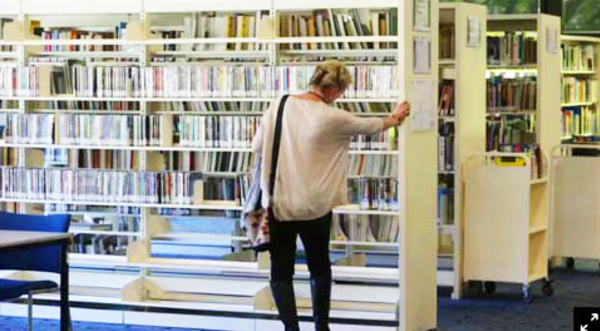 All libraries across the state will benefit from the million-dollar funding boost. Photo: Wayne Taylor.

Public libraries in NSW will be able to expand their collections, carry out major upgrades and extend their services through a new $60 million investment, the state government will announce on Friday.

Arts Minister Don Harwin will make the announcement in Wagga Wagga, where the government is campaigning to win a byelection set down for next month.

The NSW Public Libraries Association and Local Government NSW had warned that insufficient funding was threatening the viability of 360 public libraries across the state.

The government had been criticised for cutting recurrent funding to libraries by 5 per cent in its recent budget.

Premier Gladys Berejiklian said the investment would have a huge impact on all libraries around the state.

“This is a record investment in NSW’s public libraries – the biggest single cash injection in their history,” Ms Berejiklian said.

“I’m passionate about public libraries. They are at the heart of so many communities because they are so important to people of all ages, from children to the elderly.

Every one of NSW’s more than 370 public libraries will benefit from the new investment, she said.

It will also enable smaller libraries to expand and deliver mobile library services in remote locations.

Mr Harwin said it was a “landmark occasion for NSW public libraries”, ensuring they remained at the heart of every community.

“All councils will receive an increase in annual library subsidy funding between 40 to 50 per cent by 2022-23. This significant investment demonstrates that our government supports the hundreds of libraries across the state,” Mr Harwin said.

“The funding will be particularly significant in areas such as Wagga, where populations are growing and library needs are evolving.

“The funding will also support the roll out of more Service NSW self-serve kiosks at public libraries, which will allow everyone to access key government services.”