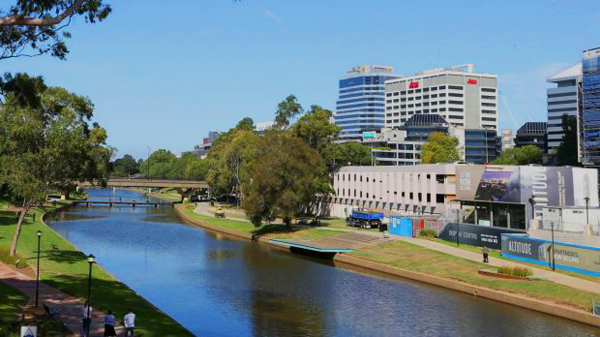 The riverfront site of the new Powerhouse Museum in Parramatta. Photo: Louise Kennerley.

A parliamentary inquiry has savaged the decision to relocate the Powerhouse Museum to western Sydney before developing a business case, calling it an “act of vandalism by this government.”

The stinging verdict was contained in an interim report handed down on Monday by a parliamentary committee, which for more than a year has examined the controversial decision to move the Powerhouse Museum from Ultimo to Parramatta.

Chaired by Shooters, Fishers and Farmers MLC Robert Borsak, the seven-member committee called on the government to release the full business case for public consultation before making its final decision about the move.

“The committee is appalled that the decision to relocate the Powerhouse Museum was publicly announced before a preliminary business case had even been prepared for cabinet,” the interim report says. Three government MPs were in the minority on the committee.

The inquiry found the relocation could cost up to $1.5 billion, and concluded that much of this would be “wasted in the expensive project of moving and repurposing the existing collection”.

“Noting that the business case has not been made public, based on the evidence before the committee, spending up to $1.5 billion to destroy a cultural icon is an act of vandalism by this government,” the report says.

The decision to relocate the Powerhouse Museum to Parramatta has been mired in controversy since it was first announced by then-Premier Mike Baird in February 2015.

Mr Baird’s successor, Premier Gladys Berejiklian, has remained committed to the move, announcing in July that the new facility would be built on an old car park site by the Parramatta river that the government will purchase for $140 million from the City of Parramatta council.

The inquiry also found it would be “more appropriate” to establish the western Sydney museum as a “satellite site” to the current Powerhouse Museum, so it “could display items of the collection currently in storage and hold different exhibitions to those at the Ultimo museum”.

Ms Berejiklian declined repeated requests from the committee to give evidence before the inquiry.

However, in July she appeared to rule out the satellite museum proposal.

“Let me be clear, there will be one Powerhouse Museum in NSW. It will be across the river here [in Parramatta],” Ms Berejiklian said at the time.

The inquiry found there were a number of concerns about the Parramatta river site, including the fact that it is prone to flooding and is smaller than the Ultimo site and may be unable to accommodate the museum’s collections.

Former Powerhouse Museum director Dr Lindsay Sharp, in a submission to the inquiry, said the relocated museum would “almost certainly be unable to house and properly present the museum’s massive and culturally critical objects”.

However, the Board of Trustees of the Museum of Applied Arts and Sciences, which operates the Powerhouse Museum, unanimously supported the government’s decision regarding the riverbank site, the inquiry was told.

Instead of relocating the Powerhouse Museum, the committee recommended the government consider investing in alternative proposals for western Sydney, such as a migration museum or an Indigenous arts and cultural centre.

It also suggested a different site be considered, such as the Cumberland Hospital Precinct, rather than the Parramatta riverfront.

Labor’s acting spokeswoman for the arts, Penny Sharpe, leapt on the committee’s findings, slamming the museum’s relocation as a “beleaguered project mired in scandal and secrecy”.

“The government’s refusal to release the business case just continues the cloak of secrecy over this bungled project.”

The committee held eight public hearings, and received 173 submissions and 34 supplementary submissions since it was established in June 2016.

The interim report notes “only a handful of inquiry participants showed support for the relocation proposal, mostly due to the benefits it would have for Western Sydney”.

One supporter, David Borger, western Sydney director of the NSW Business Chamber, said the chamber supported the call for the government to release the business case, but added “it does so while being fully supportive of the Powerhouse’s relocation and is firmly behind the vision the government has for Parramatta and western Sydney”.

The committee will produce a final report regarding the Powerhouse Museum relocation in 2018.