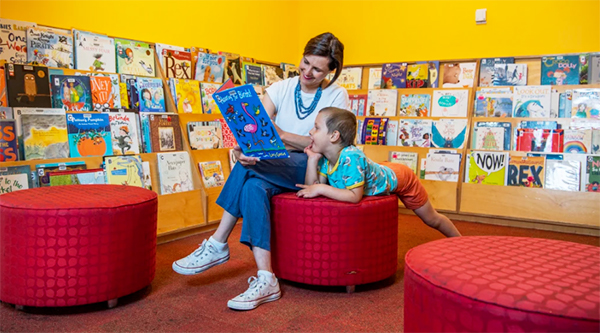 Andrew Taylor, Librarians warn of crisis if funding not enshrined in law, The Age, 12 November 2019

The state’s libraries may be forced to reduce services, with some even closing, if current funding levels are not guaranteed in law and indexed to keep up with inflation, a peak library body says.

“It is critical that the entirety of the full funding package is included in specific public library legislation that guarantees these funds for the long term,” he said in the State of Our Libraries report.

The NSW government provided $60 million in additional funding for public libraries before the state election and amended regulations to ensure that increases each year until 2022-23.

Arts Minister Don Harwin said it was the largest funding boost to the state’s libraries since 1939.

“These increases to the funding over the next four years are well above CPI [the consumer price index],” he said.

However, Mr Tout said only half of the state government funding was protected by the library regulation.

“If the per capita funding and all other components of the state funding contribution is not indexed to cost of living increases, NSW councils will once again find themselves funding an increasingly disproportionate share of library costs, which may well lead to library service reductions or closures,” he said.

The report, which will be launched at the NSW Parliament on Tuesday, said the state’s 375 libraries had been resilient in the face of technological change, despite predictions of “imminent demise”.

A survey of 1200 library users found 96 per cent were most likely to go to the library to borrow books and 44 per cent of those surveyed also attended events or classes.

“Many respondents also cited using the internet, reading ebooks, listening to audiobooks and using computers for email, fax and printing as additional library services they used,” the report said.

“We are seeing so many government application forms and services move online, and public libraries are proving to be vital spaces where people can have access to these digital platforms with help and support around them,” he said.

There are 3.3 million library members in NSW, including Rachel Brittliff, who became a regular user of Ashfield Library in Sydney’s inner west after the birth of her first child Lily eight years ago.

“Having a new baby, particularly a first baby, can be really isolating so it was a way of getting out of the house and being around people,” she said.

Ms Brittliff, who also has a five-year-old son Ethan, said both her children were voracious readers, while she often borrowed audio books and used the library to work.

“I use the library for my business,” she said. “I use if for escaping the house and actually doing work somewhere quiet because we have a very small house.”