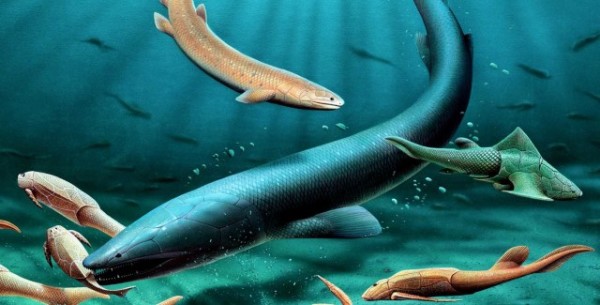 New South Wales has joined Western Australia to become the second state or territory in Australia to have formally adopted a fossil emblem.

Mandageria was a lobe-finned fish that grew to nearly two metres long. It was a voracious predator with large fangs whose complete fossil remains have been found at the Canowindra fossil site. These can be seen on display at The Age of Fishes Museum in Canowindra.

The selection of the NSW state fossil emblem was driven by key individuals including Dr Alex Ritchie, a former curator in palaeontology of the Australian Museum, who had been working the Canowindra site for many years and found many new species of ancient fishes.