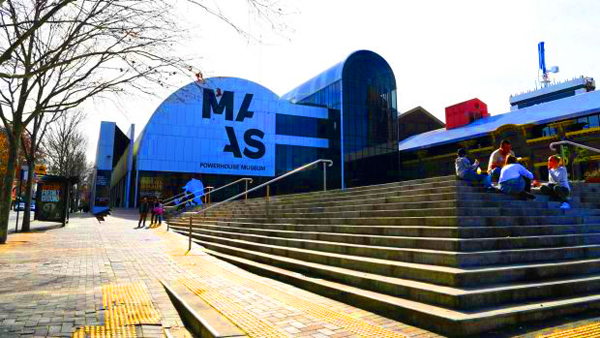 The state government stands accused of excessive secrecy over its decision to move the Powerhouse Museum to Parramatta, with experts to an upper house inquiry claiming the plan could cost $1.5 billion and risks destroying irreplaceable artifacts at the heart of the museum’s collection.

Opposition to the move and government’s refusal to release its business plan for the project is growing, and has already prompted an unlikely alliance over the issue between the Greens MP David Shoebridge, and the Shooters and Fishers’ Robert Borsak, who is chairing an ongoing upper house inquiry into the plan.

Speaking ahead of hearings slated for Tuesday afternoon, Mr Borsak said he was concerned that the government had failed to present a preliminary business plan for the move, which the government initially predicted would cost around the same amount as it would raise by selling the museum’s Ultimo site, around $250 million.

Despite promising to release a preliminary plan by March, the government has now declared the documents to be “cabinet in confidence”.

Mr Borsak said he had found expert evidence to the inquiry that the move could cost up to $1.5 billion compelling, and said he was frustrated by what he called the government’s excessive secrecy. He likened the government’s refusal to offer details of its cultural or business case for the move to its alleged secrecy over the WestConnex project and the failed bids to scrap greyhound racing and amalgamate local councils.

Speaking ahead of Tuesday’s hearing, the museum’s founding director, Lindsay Sharp, a world-recognised expert in museum construction, told Fairfax Media he believed the decision to move the museum had been made in haste and secrecy, without full consultation with the community or appropriate experts, by a government that was ideologically driven to encourage inner-city development.

The decision to move the Powerhouse was made by former premier Mike Baird. It is understood he believed the government could raise $200-$300 million by selling the existing site to pay for the project, but Dr Sharp says the government had no idea how much the construction of a new museum and the transfer of a collection of around 240,000 artifacts would cost.

Dr Sharp, who has consulted on the construction of major museums around the world, says when you added the cost of building a new museum shell, display environments, parking, warehouses and extra capital expenditure for flood mitigation next to the river to the sunk cost of the existing purpose-built museum and inflation over the life the project, “you are not going to get much change out of $1.5 billion”.