You are here: Home » Articles filed under: 'News' » Article: 'NYT: Many museums won’t survive the virus' 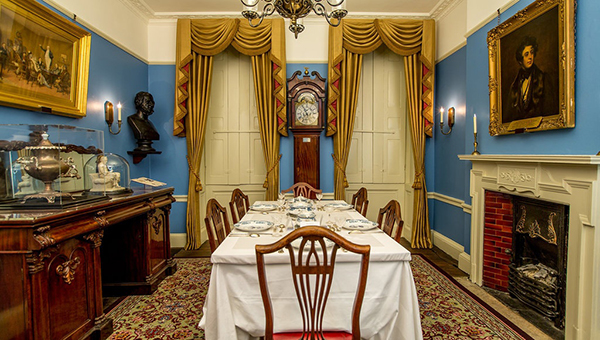 Nina Siegal, Many Museums Won’t Survive the Virus. How Do You Close One Down?, The New York Times, 29 April 2020

Institutions will face ethical and sometimes legal obligations to transfer their collections elsewhere. The process can be costly and time-consuming, experts say.

The Charles Dickens Museum in London has fallen on hard times. For 95 years, the collection, in the home of the “Oliver Twist” and “Great Expectations” author, has been financed by ticket sales and other earned income. But with no visitors since March, its director fears that its temporary closure could become permanent.

“We have funds to get us through the end of April, and we’ve got a little bit of savings after that,” Cindy Sughrue, who leads the museum, said by phone from her office in the empty building. “I can see that we can eke out until September. But, if the social distancing measures continue beyond that, then there’s a real danger that we will not survive.”

All but about 5 to 7 percent of the world’s museums are currently shuttered because of the coronavirus pandemic, said Peter Keller, the general director of the International Council of Museums. According to the council’s research, one in 10 may not reopen, he added.

More than 30 respondents to a 41-country survey, by the Network of European Museum Organizations, said they feared they would have to close permanently, among them the Museo de La Rioja and Museum of the Americas in Spain; Kornberg Castle in Austria, the Robert Capa Contemporary Photography Center in Hungary, and the National Historical Museum of Albania. 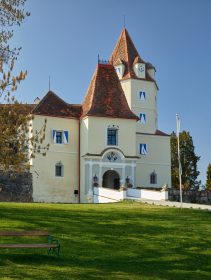 Kornberg Castle in Austria is among the sites whose leaders fear permanent closure, according to a Network of European Museum Organizations survey. Credit: Alamy.

The gravity of the situation varies by country, depending on how much museums rely on ticket sales and tourism, and how much government funding they receive. Museums in the United States which survive from earned income and philanthropy are more vulnerable than government-subsidized European institutions. The American Alliance of Museums reported to Congress in March that as many as 30 percent of museums could fail in the crisis, if there was no immediate intervention.

But closing a museum is not just a matter of shutting the doors and turning off the lights. Institutions with significant collections have ethical and sometimes legal obligations to make sure that their objects are transferred elsewhere. The process can be both costly and time-consuming, experts say.
“It would be a terribly complex process for us,” said Ms. Sughrue. “One of the largest ‘pieces’ in our collection is this house in which Dickens lived. We can’t even think about how you take a collection and locate it in another museum.” 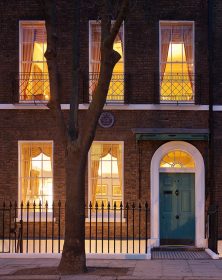 The Charles Dickens museum considers its building — a house where the author lived — a key part of its collection. Credit: Siobhan Doran/Charles Dickens Museum.

Mr. Keller, of the museum council, said there was no international code for handling a dissolution. “In France, for example, national collections are ‘inalienable,’ which means you aren’t allowed to sell them,” without an act of Parliament, he said. “It varies country to country.”

In the Netherlands, a 35-page “Guideline for Disposal of Museum Objects” instructs museums to first make a complete inventory of their holdings, determining whether each work was donated, loaned, or purchased. If it was donated, for example, the museum must offer it back to the donor, and if it was acquired with government funds, it must first be offered to another Dutch museum.

In Britain, the Museums Association’s “Museums Facing Closure” handbook warns that “abrupt closure is extremely damaging in both practical and reputational terms.” It suggests ways to secure an empty building and deaccession a collection. Often a museum will need to keep at least one person on staff as a “project curator” to manage the disposal of art and artifacts, the handbook advises.

“Under normal circumstances, it is a long process,” said Alistair Brown, a policy officer for the association. “Museums need to put aside sufficient resources to go through the winding up process,” he added. “The risk at the moment, with many museums becoming insolvent very quickly, is that they don’t have an option to go through that process.” 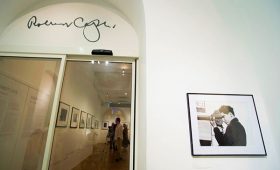 Julia Pagel, the secretary general of the Network of European Museum Organizations, said that, aside from these technical concerns, an institution needs to consider its role in preserving history. “A museum isn’t just a repository of individual items,” she said. “The works speak to each other in their context. If you tear that apart and sell it, for example, how do you get that context and that history back?”

Ms. Pagel added that museums that shut down still have to handle and conserve their collections for years, keeping staff on board to manage those operations. “The only thing you’re really cutting off is the access to them,” she added. “Taking away common cultural heritage is the last thing we should do at this moment.”

Some countries in Europe are already making plans for reopening their museums; Austria, Belgium, Germany, Italy and the Netherlands will allow the public back, with restrictions, in May. But for those countries, like Britain, where a full lockdown remains in place, figuring out how to survive with no end in sight can be nail-biting for institutions.

“The biggest factor will be when reopening happens,” Mr. Brown said. “Museums are losing out on peak season right now, and often they rely on the summer months to get them through the whole year.” Without their summer income, about 1,000 independently run museums throughout Britain would be relying on savings or donations to make it, he added.

Even if the doors stay open, the next determining factor for survival will be when the tourists return. “There will be no tourists for quite a long time,” said Christina Haak, the vice president of the German National Museum Organization. “If the tourists don’t come, our income isn’t coming. You can say that for all museums in all the big European cities.”

Ms. Sughrue, of the Dickens Museum, said that more than 50 percent of the institution’s visitors came from abroad. “Three or four months ago, before this pandemic, we were significantly increasing our visitor numbers and our income so much that we were planning on a surplus for this year.” The museum had ambitious plans to celebrate the 150th anniversary of Dickens’s death later this year, she added.

“It’s heartbreaking,” she said, “and it’s almost mind-bogglingly inconceivable how quickly all that has slipped away.”