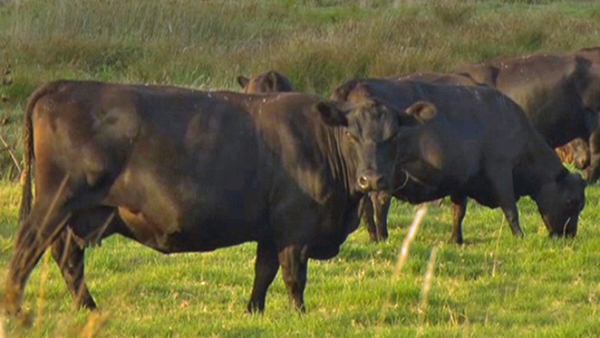 National’s climate change spokesperson Todd Muller has criticised Te Papa museum for an exhibition he says is “biased and not science-based”.

The museum’s Climate Converter interactive exhibition has an option labelled ‘less dairying’ as one way New Zealand can reduce its carbon footprint.

Mr Muller tweeted that it was a “kick in the guts” for rural families.

The Climate Converter allows users to pick a conservation option and watch the results on an animated mural.

Te Papa said it was based on a scientific report and the ‘less dairy’ option was one of 14 possible actions represented.

Mr Muller told Morning Report emissions, including from agriculture, had to be reduced – but not the number of cows.

“One would hope that technologies appearing in the medium term can assist that, like clover, rye grass and other things you can give to the animals themselves to reduce their belching.

“To put up as one of the key outcomes that should be celebrated in a New Zealand context as less dairy cows I think is a distortion of the debate.”

“Our food production system is the most emissions-efficient in the world. That story never gets told – certainly wasn’t told in this [interactive exhibit].

“No-one knows in this country that we’re leading the world in terms of our emissions efficiency.

“All they see is this growing view in New Zealand that our future is a whole lot less animals that have hitherto been one of our underpinners of our New Zealand economy.”

He drew a comparison with emissions from rice cultivation.

“All of Asia could have less rice – because that’s the other big driver of methane emissions,” he said.

‘Perfect example of getting debate started’

Te Papa based the Climate Converter actions on the 2016 report by the Royal Society Te Apārangi on the transition to a low carbon economy, it said.

Director of collections and research Dr Dean Peterson said another option – ‘low gas cows’ – was included in the converter, along with others such as more trees, more recycling, solar and windmills, and electric vehicles.

“We talk about carbon sequestration, we talk about new solar panels that could be developed.

“It’s really looking at the future and how we get there and what we need to change to get to that new future.

He said he would be happy to take Mr Muller through the exhibition and explain the work that has gone into it.