You are here: Home » Articles filed under: 'News' » Article: 'NZ set to join Australian Meeting of' 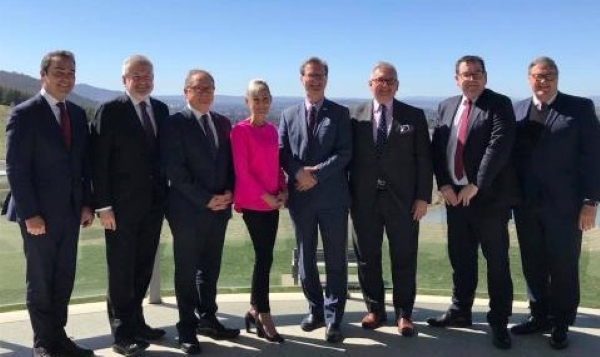 Participants in the 2018 Meeting of Cultural Ministers held in Canberra, ACT on 14 September 2018.

At this meeting, Prime Minister Morrison welcomed New Zealand’s application to become an international member of MCM with leaders noting the strong collaborative relationship between the two countries in arts and culture.

New Zealand formally requested to join MCM in late 2018. Australian cultural ministers welcomed this approach and New Zealand will be formally appointed as a member at the next Meeting of Cultural Ministers, expected to be held in late 2019.

The MCM is an annual forum for arts and cultural leaders to discuss areas of significance and mutual interest to advance arts and culture policy objectives.