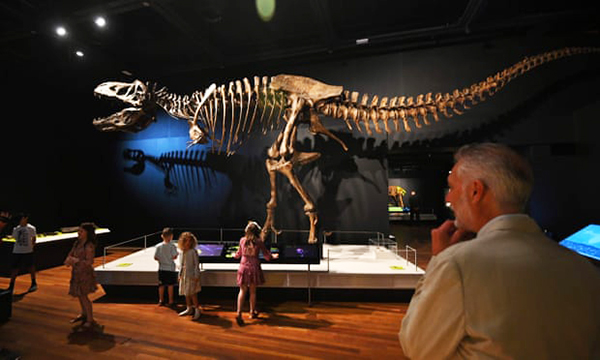 More than 3,000sq metres of new public space have been added to the Australian Museum. Photograph: Steven Saphore/AFP/Getty Images.

Just before her appointment as the new director and CEO of the Australian Museum became public knowledge in 2014, Kim McKay sat anonymously in the Sydney museum’s cafe drinking coffee.

“It was just inside the building’s main entrance, and I remember thinking, the first thing that hits people when they come inside [the museum] is the overwhelming smell of greasy hot chips,” she says.

“I thought to myself, ‘Oh my god, all this has to change … everything is so worn, and I’m going to fix it.’”

On Saturday, after a 15-month major facelift, the Australian Museum will reopen its doors to the public. 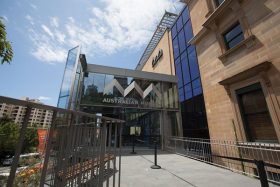 Closed for the past 15 months, the Sydney museum finally opens back up on Saturday. Photograph: Carly Earl/The Guardian. 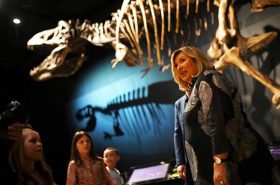 Director and CEO of the Australian Museum Kim McKay: ‘I thought to myself, Oh my god, all this has to change.’ Photograph: Steven Saphore/AFP/Getty Images.

The transformation of the 193-year-old building is what McKay calls her long-running labour of love, turning a cluttered and chaotic series of cramped spaces, groaning under the weight of past architectural and interior design crimes, into a sleek, light-filled institution aesthetically displaying a carefully curated fraction of the museum’s enormous collection.

More than 3,000sq metres of new public space has been added in the process.

Even the new cloakroom is a design triumph, the walls of the formerly dank basement pared-back and scrubbed clean to their original creamy sandstone, hand-hewn by convicts almost 200 years ago. 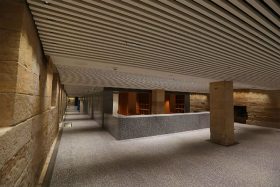 Convict-crafted sandstone was discovered and restored in the new cloakroom at the Australian Museum. Photograph: Carly Earl/The Guardian. 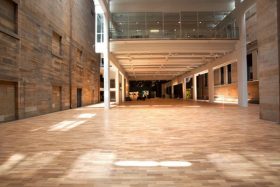 The New South Wales government stumped up $50m and the museum raised the remainder, largely through the courting of philanthropists, who are acknowledged in the naming of the museum’s two largest new spaces – the Hintze Hall (the Hintze Family Charitable Foundation) and the Brian Sherman Crystal Hall. Sydney-based arts doyens Brian and Gene Sherman donated $1m to the rejuvenation project.

The cafe McKay made her vows in six years ago has been demolished, and a sleek new eatery has been installed on the building’s rooftop. But the chips have remained stubbornly on the menu. 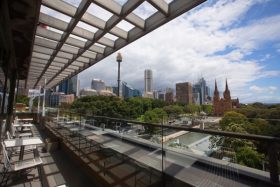 On Saturday, McKay will tick off another item on the to-do list she created upon her appointment six years ago. When the museum opens its doors, the public will enter free of charge. And that, she says, is “a real game-changer”.

To make the plan financially viable, the museum sent its most successful major exhibitions packing: Spiders – Alive and Deadly exhibition has generated revenue of $1.5m while touring through the US and Canada over the past three years; Tyrannosaurs – Meet the Family has earned $2.5m during its five-year tour across North America. 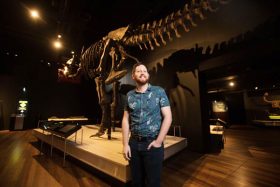 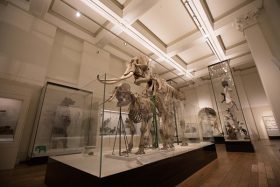 The enduring fascination with dinosaurs by children and adults alike has much to do with their fantasy-as-fact appeal, says Matthew McCurry, the museum’s vertebrate paleontologist, and functional morphologist.

“People are excited by dragons, they are excited by aliens in outer space … but the difference with dinosaurs is that yes, they part of another world but this stuff is real.

“We have the bones, we can look for evidence and build this understanding of what that world that looked like that was so different from today.”

The Australian Museum is now open

See also: Architect Rachel Neeson: from a commune to tragedy to the museum