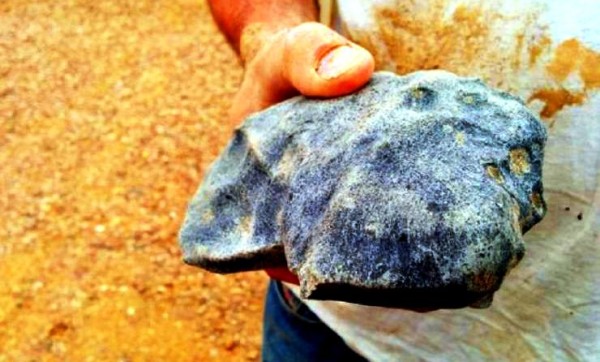 The Desert Fireball Network Team celebrated the New Year’s with a bang as it unravelled its findings of an “older than Earth” chondrite meteorite in outback South Australia. In a press statement , scientists from Curtin University, in collaboration with the Western Australian Museum and the South Australian Museum, recounted how they were able to recover a 1.7-kilogramme meteorite before it was almost washed away in Kati Thanda-Lake Eyre.

A meteorite fall was witnessed by locals in the William Creek on Nov 27, 2015. The Desert Fireball Network cameras stationed in strategic locations also captured the phenomenon. With the help of their 32 remote camera observatories and a plethora of complicated geographical calculations, the team recreated the image and location of the impact.

Complex logistics measures, consisting of aerial spotters, remotely operated drones and two other local guide searchers, were needed to recover the meteorite, located six kilometres in the farthest part of the lake.

Team leader and planetary geologist Professor Phil Bland hand-dug Bland was documented digging the rock, deeply covered in salt lake mud. The team was lucky to get there before potential heavy rains completely washed off traces of the meteorite.

Bland stated that the rock, thought to be a chondrite or stony meteorite, was composed of materials that were already present about 4.5 billion years ago. Mechatronic Engineer Dr Jonathan Paxman said that the team worked round the clock to deduce the data striving to rapidly recover something that can be lost forever.

“The fact we have managed to retrieve the meteorite at all is remarkable,” Paxman added.

Another significant feat in this discovery is the successful creation and use of highly advanced machines in remote areas. The Australian government has been keen on innovation, as embodied announcement of its National Innovation and Science Agenda.