You are here: Home » Articles filed under: 'News' » Article: 'OM celebrates transit of Mercury in context of'

OM celebrates transit of Mercury in context of 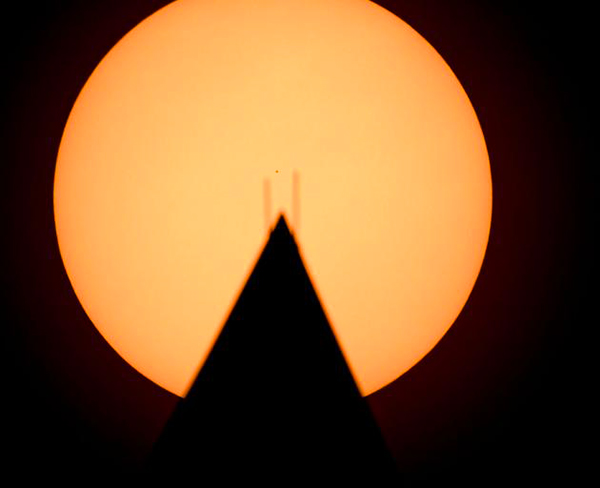 In this handout provided by NASA, the planet Mercury is seen in silhouette, center, as it transits across the face of the Sun, behind the Washington Monument. Photo: NASA via Getty Images.

A five-strong Otago Museum team has travelled to Mercury Bay on the Coromandel Peninsula, to help the public observe the transit of Mercury, between 6am and 7.04am today.

Museum director and astronomer Dr Ian Griffin says the event also marks the 250th anniversary of observations of the transit by astronomer Charles Green and Captain James Cook, at the bay, on November 10, 1769.

The museum has gained two grants, totalling $350,000, from the Lottery Tuia Encounters 250 Committee to undertake a national programme of “inspirational science activities”, marking the first onshore meetings between Maori and Europeans in this country.

Dr Griffin hoped clouds would clear, and Mercury could be viewed as a tiny black silhouette against the sun.