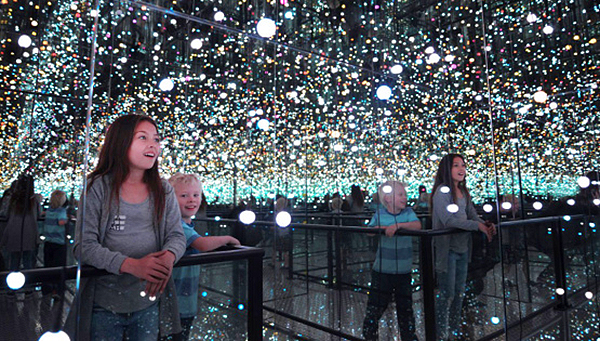 Otago Museum announced today that they have been gifted a new te reo Māori name: Tūhura. Meaning to discover, investigate, and explore; the name has already been in use since 2017 as the name of the Museum’s hugely popular interactive science centre.

“We are honoured and delighted that the local rūnaka have gifted this beautiful name”, said Museum Director, Dr Ian Griffin, “The name really reflects the wairua of the institution. Our vision is to inspire curiosity, wonder, and understanding in our world, so this fits the Museum in a way that the previous te reo name just didn’t. We are working really hard to honour Te Tiriti and be a truly bicultural organisation. The gift of this name by mana whenua reflects that the Museum as a whole is progressing on our journey to fully embrace our nation’s rich culture and heritage”, he continued.

The Museum’s Māori Advisory Committee, which has representatives from all four rūnaka in Otago, played a large part in determining the name. “In particular we are grateful to the late Kāi Tahu leader, Tahu Potiki, who worked so closely on the creation of the science centre, and Rachel Wesley Chair of Te Rūnanga o Ōtākou, previously the Museum’s Curator Māori, and now the mana whenua representative on the Otago Museum Trust Board, who originally suggested the name” said Dr Griffin.

Ms Wesley, now chief executive of Aukaha, said “Drawing on the work that went into the science centre, the history of the Museum, and the advice of our leading te reo Māori experts among mana whenua here in Otago, it’s fantastic to see the name Tūhura now extended to encompass the whole Museum. It helps reinforce our kaupapa and the way we’ll work for the region into the future”.

The operating name will be changed to ‘Tūhura Otago Museum’. The Museum will be incorporating the new title into a refreshed brand which will be developed and slowly rolled out in the coming months.

The Chair of the Otago Museum Trust Board, Professor David Hutchinson, said “The new name, Tūhura, inspires curiosity – literally. Since childhood, this has been what museums have been about for me. Tūhura will lead new children on to exploration for generations to come. It’s the perfect name.”