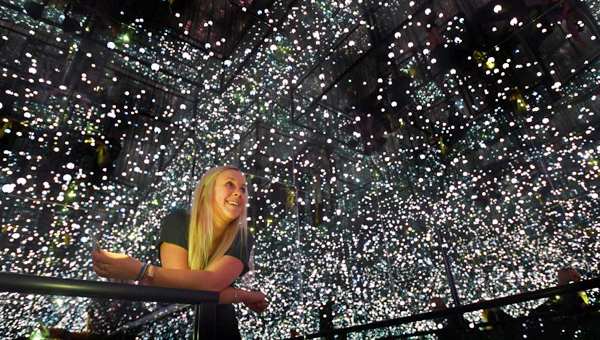 An “infinity room” called “The Void” is one of the striking features of the Otago Museum’s redeveloped science centre, which opens to the public  this month.

The room, with its many mirrors, can be plunged into darkness and then progressively filled with a mass of small, bright lights, giving an impression of vast spaces.

These views also open out into a vision of the creation of the universe.

The Tuhura Otago Community Trust Science Centre, supported by a $500,000 grant from the trust,  is due to reopen  on December 16.

The room’s interior was designed and constructed by Auckland  studio Angus Muir Design, which also provided the lighting and sound.

The sound show reflects the “big bang theory” for the origin of the universe and the Maori concept of Te Kore, the idea of “nothingness”, from which comes life.