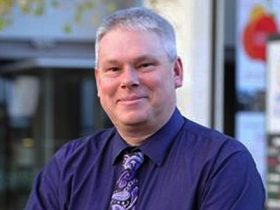 The Otago Museum has applied for nearly $25 million under the Government’s “shovel-ready” projects scheme, to tackle a backlog of maintenance, safety and other construction work.

In response to the effect of the Covid-19 lockdown on the country’s construction sector, the Government has been seeking proposals for construction-ready projects of more than $10 million which it might consider funding.

In a report considered at the Otago Museum Trust Board meeting last week, museum director Ian Griffin said a museum team had submitted to the Crown on April 14 an application asking for $24,841,096.

The bid sought to replace the roof of the Tropical Forest and Hocken wing, to install sprinklers in parts of the complex not already covered, and to reinstate the Ross building, the original museum building on the current site, to its original form.

The funding would also help with the planned redevelopment of the Tangata Whenua Gallery and rejuvenate the museum’s education suite.

The board also heard that the museum had successfully applied for the Government wage subsidy scheme and received $736,027.20, which would secure the employment of museum staff until June, despite the recent loss of 40% of the museum’s usual income as a result of the lockdown.