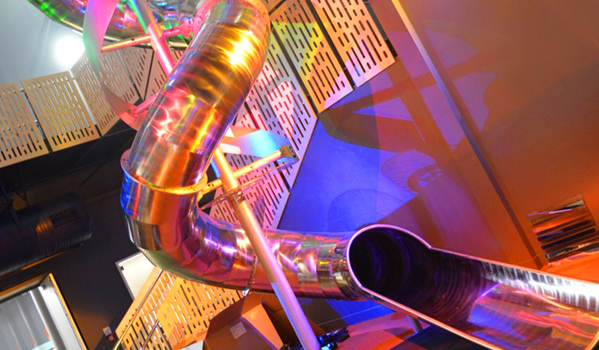 After four years of planning and  three months of construction, and less than a month after opening, it seems people cannot get enough of Otago Museum’s new science centre.

Since it reopened on  December 16, more than 10,000 people have gone through the redeveloped Tuhura Otago Community Trust Science Centre — about 4000 more than the same time last year.

Since Christmas, on average about 900 people a day had visited the centre.

Museum director Ian Griffin said he could not be more pleased with the public’s response to Tuhura.

“It’s absolutely fantastic, in two ways really; it’s pleasing to see so many people coming along and enjoying Tuhura.

“But also as a science educator to see young people, especially, come in and interact with the more scientific exhibits is really pleasing.”

Praise for the science centre had come from all avenues, including social media, Dr Griffin said.

The success  also flowed on to the rest of the museum, both financially and in terms of the visitor experience, he said.

“Not only is the financial success of the museum linked to the success of Tuhara but more visitors come in to the museum to experience Tuhura and then discover our other exhibits.”

Dunedin girl Io Jacobs (11) who was one of hundreds who visited the new science centre on Saturday gave it her seal of approval.